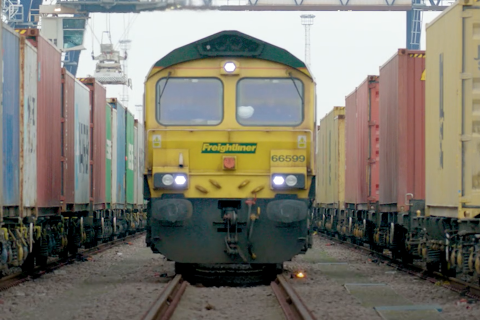 The rail sector is concerned about last week’s announcements regarding the upgrade of the European Climate Law. CER, ERFA, and UIRR believe that the Eurovignette Directive reform undermines rail freight’s competition, and focuses more on road transportation.

Specifically, the European rail freight sector strongly believes that the European Council’s positions, as expressed in the mobility plan, are opposed to the climate objectives that the Member states have set. Reducing CO2 emissions by 55 per cent since 2030, and reaching other climate, congestion and accident objectives, will be unfeasible if the focus is not equally distributed among different modes of transport.

‘Protection’ of long-haul trucking constitutes the topic of dispute in this case. Milestone 9 of EU’S Mobility Strategy, explains that there will be a total reduction of toll charges for ‘zero-emission trucks’ in the future. Since road freight is responsible for the majority of emissions in transport, such a measure aims to encourage the use of alternative forms of energy that will eventually annihilate carbon footprint on the roads.

However, such an objective seemingly undermines the European goals for a modal shift from road to rail transportation. Moreover, representatives of the rail sector characterise it as “a step backwards” because it delays rail and water-borne intermodal transport to be competitive within the EU single market.

Ensuring the integrity of the single market and guaranteeing a level playing field for all modes of transport should be prioritised as the main objective of the imposed policies. The rail sector believes that a collective contribution to making transportation greener will only be obtainable with the implementation of fair infrastructure charges for every mode.

Consequently, the proposed legislation in its current form might prove problematic in the long term. CER, ERFA, and UIRR call, thus, the Member States to focus more on achieving coequal emission reductions in all modes of transport, instead of focusing only on the road. Finally, they highlight that the most legitimate way to accomplish this goal is a multimodal approach, not only for now but also for the future.