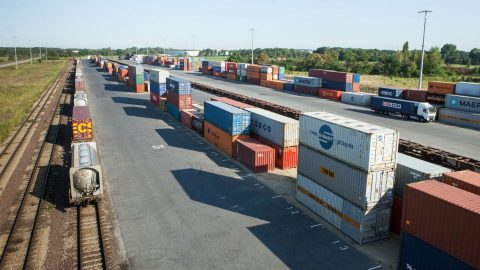 This is how to build a rail freight hub

Poznan is growing as a rail freight hub. Recently, a state-of-the art terminal was opened, where cranable as well as non-cranable trailers can be loaded on trains in all directions. This means thousand of trailers off the road, onto rail. A terminal is not just a facility where cargo is loaded onto rails, and a hub is not developed overnight.

Intermodal solutions such as these make that important logistics centres across Europe are connected. The making of a successful logistics hub is a central theme at the RailFreight Summit Poland 2020, which takes place in Poznań on 11, 12 and 13 May. Major players such as Metrans, Wiencont and Lohr Industry will explain how they contributed to a successful terminal or network of hubs in the Central and Eastern European region.

Apart from the hubs and terminals in the region, the rail freight network of Poland will be discussed. According to Poland’s infrastructure manager PKP PLK, the length of railway line tracks in a good technical condition was lower than 60 per cent per as of 31 December 2017. New data will be revealed by Mid-March, but what is certain is that a lot remains to be done.

At the RailFreight Summit Poznan these challenges will be discussed in length. Which sections require attention and why? Which resources are available? And can Polish accomplish a true shift to rail? Such topics will be discussed by speakers as Radosław Pacewicz, Vice President Polish Office for Railway Transport and Jana Pieriegud, Head of the Department of Infrastructure and Mobility Studies at SGH Warsaw School of Economics. Shippers and other stakeholders will also have their say.

Registration for this event is open and the early-bird fee still valid. For more information, you can visit the website of the RailFreight Summit Poznan 2020.