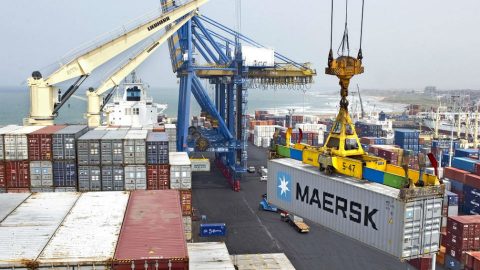 The restoration of the damaged railway track between the Port of Algeciras and Antequera in Spain is taking too long, according to the mayor of Algeciras, Jose Ignacio Landaluce. He asked for acceleration of the works and a clear deadline. The vital railway track was damaged by floods in October 2018, disrupting rail freight services ever since.

The mayor has sent an official letter to national railway company Renfe, requesting a technical visit to the county in order to accelerate the repair work of the track, which connects two railway hubs in the southern region – Antequera and Bobadilla – with Madrid and Eastern Mediterranean regions. He demanded completion of all the civil works by 2020 because “the expansion of the Port of Algeciras depends on rail freight traffic”.

“The situation is a disaster for Algeciras because shippers are looking for other ports where they can contract rail freight services”, President of Algeciras port Manuel Moron said when the damage became evident. The port is the largest in Spain.

Heavy rainfall caused flooding in the provinces of Malaga and Seville, resulting in overflows of the channels of various rivers in the region. The currents devastated infrastructure, among which the vital railway line. Spanish infrastructure manager Adif has offered alternative railway routes via Seville, but the industry was affected regardless.

Landaluce asked not only for the restoration of passenger and freight services but also for an upgrade of the infrastructure. Small electricity plants should be constructed to supply energy to trains and avoid frequent disruptions, as the service experienced before the flood interrupted services in October.

In addition, Landaluce demanded Renfe to commit to a specific deadline. The Spanish railway company promised to restore completely the lost service in the second half of January 2019. However, Spanish infrastructure manager Adif is delaying completion of the civil work in order to carry out former projected upgrade works planned for 2021.

The Port of Algeciras handles 300 rail freight containers weekly on average, mostly thanks to its successful terminal Isla Verde Exterior. The most affected area of the rail track is the kilometric point 3/100, where the river Tinajas flooded, sweeping away the ground under the rail track.