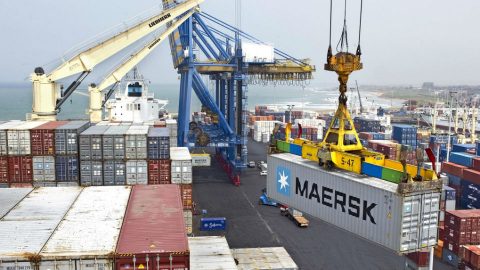 The rail track between the Spanish port of Algeciras and Antequera has been damaged by floods, disrupting rail freight services between the port, the largest in Spain, and Madrid up till January 2019.

The Spanish infrastructure manager Adif is looking into an alternative route via Seville while it completes the restoration of the damaged rail track. President of Algeciras port Manuel Moron noted: “The situation is a disaster for Algeciras because shippers are looking for other ports where they can contract rail freight services. The modernisation of the rail infrastructure is a historic claim and this damage has proven the necessity of an urgent upgrade.”

The port of Algeciras handles 300 rail freight containers weekly on average, mostly thanks to its successful terminal Isla Verde Exterior. The most affected area of the rail track is the kilometric point 3/100, where the river Tinajas flooded, sweeping away the ground under the rail track.

The area around Algeciras and the British colony of Gibraltar, called the Campo of Gibraltar, is strongly dependent on the economic activity of both towns, where unemployment rates total 40 per cent. The Spanish port has been calling for a quick development of the Mediterranean corridor and an upgrade of the rail connections between the port and Madrid to attract more international investments and counter the strong attractiveness of the port of Tangiers in Morocco.