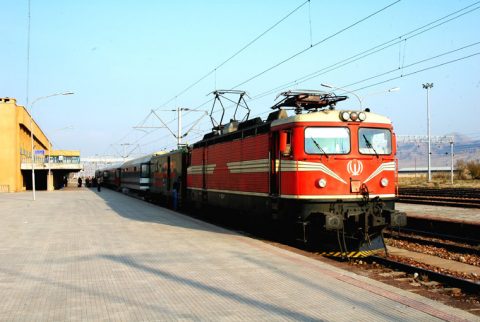 The electrification of the Iranian Garmsar – Inche Burun railway line will commence in July this year, according to the Turkmen media outlet Orient. The railway line connects Iran to Turkmenistan and Kazakhstan. Moreover, it provides a link to the New Silk Road, on which Kazakhstan is an important transit country.

The Garmsar – Inche Burun is a 495 kilometre long railway from Garmsar, near Tehran and the bordering village of Incheh Burun. Financing of the project was secured with the commitment of Russia Railways subsidiary RZD to fully cover the costs of 1.2 billion Euros, depending on the state export credit of the Russian government.

The four-year project entails the construction of power stations and overhead lines, 32 new train stations and the widening of 95 tunnels to accommodate the stouter rolling stock used on the Soviet system. The aim of the project is to increase the capacity of the line to 8 million tonnes of goods a year, targeting regional commodities such as grain and oil.