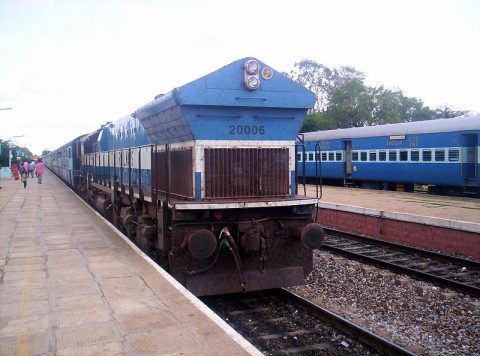 Work on two of India’s largest rail freight corridors – the Eastern and Western Dedicated Freight Corridor (DFC) – will commence within a year and a half. This ambition was included in the Re-build Railways presented by the government this week. The plan is also in line with the targeted commissioning of the projects by 2019-2020.

The two routes cover a total length of 3,360 kilometres and are the first of a series of new freight-only routes along India’s busiest freight corridors. The Western DFC covers a distance of 1,483 kilometer, starting at Mumbai and passing through the states of Maharashtra, Gujarat, Rajasthan and Haryana to terminate in Uttar Prada. The Eastern DFC covers a total distance of 1,839 kilometres and connects Punjab, Haryana, Uttar Pradesh, Bihar, Jharkhand and West Bengal.

Construction of the two corridors will transform the way goods are transported in India, according to World Bank, which supports the project financially. “The DFC lines are being built for maximum speeds of up to 100 kilometer per hour, compared to current average commercial freight speed of about 25 kilometer per hour. The lines will also have a carrying capacity of 6,000 to 12,000 gross ton of freight trains at 25-ton axle load. The DFCs will allow much shorter transit times from freight source to destination. And in some cases reduce the delivery time to more than fifty per cent.”

Higher loads of cargo will be transported faster, cheaper and more reliably, the World Bank summarised. An official of Indian Railways was cited as promising a substantial reduction of the rail freight tariffs once the lines were commissioned in the India Times of this week.

The Re-build Railways Plan further includes measures to improve the safety of India’s railway system, such as a tie up with an Australian company called Track IQ that will provide a sensor-based system to detect rail cracks. “Making railways safer is the first priority. We are tying up with Australia to get the technology. We have set the target to reduce accidents by fifty per cent in next two years”, the Indian Railway official was cited.

Indian Railways has increased spending on its railway structure in the past four years. In addition to the Western and Eastern DFC, four more DFCs are planned for the future: the East-West, North-South, East Coast and South West Dedicated Corridors.