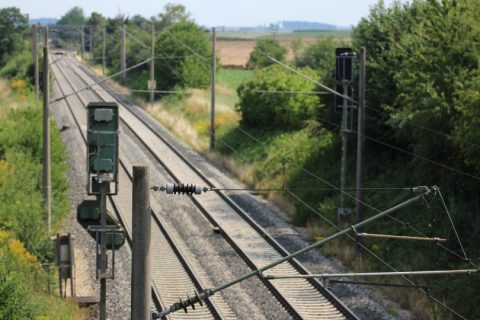 On Friday, 30 September, the EU energy ministers’ council decided to adopt a price cap for electricity at 180 euros/MWh to tackle the galloping energy crisis. Despite the price being higher than pre-crisis levels, it could benefit rail companies during these difficult times if the Member States adequately implement the decision.

Akos Ersek from UIRR explained during the RailFreight.com webinar on 30 September that “the critical decision that the rail sector awaits concerns the mitigation of the electricity price throughout Europe. This is a solution the sector needs,” he mentioned, also in relation to the possible reduction of track access charges in Hungary that will probably not prove enough to alleviate high operating costs for rail freight companies.

What the capping means

The decision aims to “cap the market revenues for electricity generators, including intermediaries, that use inframarginal technologies to produce electricity, such as renewables, nuclear and lignite. The cap level is designed to preserve the operators’ profitability and avoid hindering investments in renewable energies,” underlined the ministerial council. In simple words, energy companies cannot sell electricity for more than 180 euros/MWh.

The indirect impact of this decision would affect final energy consumers, as UIRR explained since it would lower their current expenses on energy consumption. The energy ministers’ council also highlighted that member states may temporarily set a price for electricity supply to small and medium-sized enterprises to support further SMEs struggling with high energy prices.

The decision will be formally adopted in early October. Its implementation will take place between 1 December 2022 and 31 December 2023. Like any other EU-level decision, it is up to the Member States to decide how they will implement it. Many EU states have already committed to implementing measures that will see excess revenues from the fossil fuel industry used to alleviate the costs of affected end users.

The trick now is for the rail and intermodal industry to also benefit from these developments. As UIRR underlined, Member States should be able to reduce the energy prices for rail traction substantially. However, specific steps should be taken in considering rail and intermodal operators as end users and including them in further support schemes that could lower energy charges by infrastructure managers.