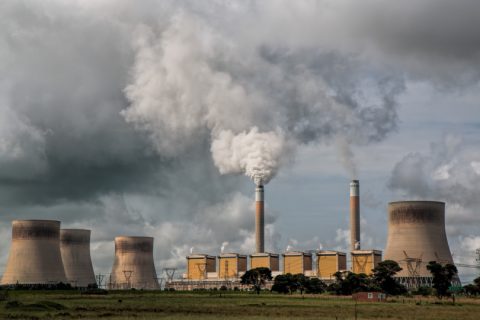 The European Commission decided on an emergency energy market intervention to control and reduce the rising energy prices. The executive body issued three immediate measures that will see excess revenues from the fossil-fuel sector returning to affected companies. Rail companies can also benefit from the surplus revenues returned to end users.

The idea behind the Commission’s action plan is to use the revenues from fossil-fuel activities as a “solidarity contribution” to companies that have been hit hard by the energy costs during the last few months. “Our proposal for a solidarity contribution from fossil-fuel industries will ensure that we tackle the current energy crisis in a spirit of fairness,” said the Commissioner for Economy Paolo Gentiloni.

On top of that, Brussels will put a revenue cap of 180 EUR/MWh for energy-producing companies that use renewable energy, nuclear energy and lignite. This way, the Commission aims to collect excess revenues above this cap and allow the Member States to distribute them to end-users to reduce their bills. This move could also help the energy production sector level the competition between marginal and inframarginal companies and allow for more stable prices in the long run.

In a time when battling inflation and extreme energy costs is on the top of the EU agenda, the EU Parliament keeps looking into the future. On 14 September, the Parliament’s majority voted to increase renewable energy consumption to 45 per cent by 2030.

In this context, the transport sector alone will need to reduce its greenhouse gas emissions by 16 per cent by using more biofuels and hydrogen. Combined transport association UIRR praised the decision and called the Commission to adopt it, underlying that targets should be achieved by using electricity from renewable energy sources.

Railways, by far, by nature, the safest and most energy effective, on shore transport device, no longer shall be obstructed, by old standards, technicalities optimal when steam was shifted out!
(Electrification, yes, but a timely, etc.!)
High risks, stops, disturbings, now imposed by “state of the art” technicalities, is forcing ware owners to use on road trucks, at distances, as far as 1000 km from Port.
No subsidies can compensate for current low quality at service, rendered by railways!

No subsidies can or will compensate for current low quality at service, rendered!
Devastatingly, no longer sustainably, sudden unplanned stops, disturbing, at the railways, is forcing ware owners to use on road trucks, at distances, as far as 1000 km from Port.
Railways, by far, by nature, the safest and most energy effective, on shore transport device, shall not be obstructed, by old standards, technicalities optimal when steam was shifted out!
(Electrification, yes, but a timely, etc.!)