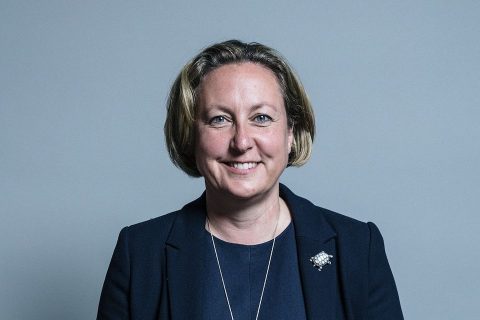 With national events overtaking the cabinet reshuffle, the new UK transport secretary has still to have an appointed rail minister join her team at the Department for Transport. However, Anne-Marie Trevelyan is already a week into her cabinet post following Grant Shapps’s removal from the government’s front benches. When she returns to her desk, there will already be plenty of industry correspondence addressed to her.

Never mind the railway; there has been a high-speed revolving door at 33 Horseferry Road. Trevelyan is the thirteenth-appointed transport secretary, and the road lobby has already encouraged her to pursue several projects. However, with the mandated policy of the government to reduce carbon to net zero by 2050, there’s a conflicting necessity to reduce road transport emissions. That is something the rail lobby has been quick to grasp.

Representing the supply chain in the rail industry and having their members’ vested interests at heart, the Railway Industry Association (RIA) has welcomed the new Secretary of State for Transport to her post. This comes days after RIA published its ‘six asks‘ for the new prime minister’s reshuffled government.

The outgoing secretary, Grant Shapps, may have won few friends in his term of office, but that did not mean he was ineffectual. The RIA has reminded the new incumbent that there is an act to follow. “We wish the Secretary of State well in her new role”, says their statement to her. “We’d also like to pay tribute to the outgoing Secretary of State and the Rail Minister and wish Grant Shapps and Wendy Morton, respectively, all the very best for the future”.

Like all other serving ministers of state, even including the prime minister, Anne-Marie Trevelyan is an elected representative within a constituency of the parliament. In her case, she represents Berwick, in the very northeast of England. While just above the limit of the Ashington project (to reinstate passenger services on that freight-only line), her constituency is bounded on one side by the East Coast Main Line.

With her constituency office in Alnwick, she is familiar with the campaign to reconnect the town to the network by way of the four-mile (6.4km) branch from Alnmouth. Perhaps one day, that ambition may be realised, and a northern extension of the Ashington and Blyth project would have a new terminus.

A cup, not of good cheer

What Trevelyan achieves, and how long she is given to achieve it, is influenced in no small measure by the relationship she develops with the rail industry and the rail unions. In the latter case, she somewhat inherits a chalice, not so much poisoned as to be overflowing with venom. The rail union RMT, behind the biggest and most bitter of the disputes in the industry, has written to the new transport secretary, urging her to take a new approach to the rail dispute.

Like almost all other issues of contention, the rail disputes have been put on hold while the nation deals with the tumult surrounding the change of monarch. The RMT, however, hopes it may have better relations with Ms Trevelyan than it enjoyed with Mr Shapps. The union notes that she is already on record as opposing ticket office closures in her constituency – a source of discontent elsewhere in the rail industry. In particular, notes the RMT, in November last year, the Berwick member of parliament held talks with the government’s own rail operating company on the East Coast Main Line (branded LNER) in a bid to reverse its proposals to cut hours at Berwick Railway Station’s Travel Centre.

Union encouraged by stance of the new transport secretary

In a letter to the secretary, RMT general secretary Mick Lynch said that the union was encouraged by the stance taken by the new transport secretary to save rail ticket offices, staffing and services in her own constituency. “I would urge you to continue this approach as Secretary of State”, he wrote.” There is clearly now the opportunity for a new approach from the government to facilitate discussions between the RMT and the employers.”

Lynch wants the train companies and Network Rail to be given more flexibility to secure a deal. The RMT was due to take strike action on 15 and 17 September in a bid to secure a negotiated settlement to the ongoing national rail dispute. That action has now been suspended in the light of the death of Queen Elizabeth.

Industry and Unions, a pair of spoiled, indeed mature childs, now have to prove grown up!
“Cemented”, at the mercy of “parents”, as currently, is not sustainable!
Except of a few, including producers of on road trucks…, majority, owners, tax payers, now have to call for the Shift, to a New Old Railway!
Subsidies shall not be permanent!
Other devices, by air, by sea etc. upgrade, for lower costs. So has the railways to – and quality pays!

Perhaps if road users paid their full infrastructure costs (Armitage report Circa 1980) then the railway would be on a level footing. Frank Cousins stopped Beeching undertaking his review of road costs as the TGWU might not have liked the answer!!