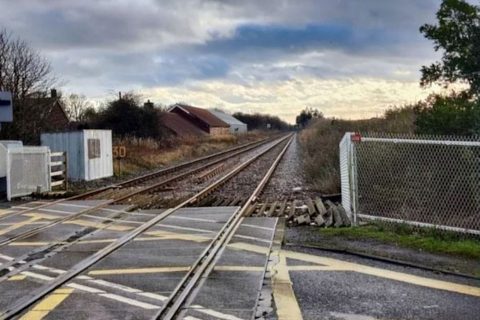 Significant progress has been made in the campaign to upgrade the freight-only Ashington branch, north of Newcastle in the north-east of England, and turn it into a mixed traffic route serving several communities in Northumberland. A legal order has been granted to the local authority and Network Rail to allow some level crossings to be closed and other works to be undertaken with a view to restoring services in about a year’s time. This should bringing passenger services to the region for the first time in over half a century.

The Ashington branch, which currently carries a modest number of freight trains only, has been the subject of an extensive campaign by local activists, keen to see the line reestablished as part of the UK government programme entitled ‘Reversing Beeching’, a reference to a rationalisation program carried out in the 1960s. The project is already designated under its new name: The Northumberland Line.

Much to the delight of the local authority, the latest milestone on the Northumberland Line has been reached after the UK Government approved a key part of the authorisation process. A Transport and Works Act Order (TWAO) was needed to authorise the closure of level crossings, the acquisition and use of land, and certain works at key points along the route. These works are needed to bring the freight only line up to modern mixed-use standards.

A month-long public inquiry into the TWAO ran throughout November last year led by a government-appointed inspector. The inquiry gave Northumberland County Council – the local authority for the region, stakeholders and objectors the opportunity to have their say on the detailed plans. Now, Grant Shapps, the Secretary of State for Transport, has signed off his decision to make the order. That puts the wheels in motion for ground works and the real possibility that the Northumberland Line will reopen before the end of next year.

The decision letter states: “The Secretary of State agrees with the Inspector that the Order is an integral part of the Scheme and restoring passenger services to the Northumberland Line is of considerable importance to securing improvements in public transport and contributing to an improvement in social and economic conditions in South-East Northumberland.”

“This is really positive news and is yet another key milestone this fantastic project has reached”, said Glen Sanderson, the Northumberland County Council leader. “The public inquiry was extremely thorough and carefully examined every aspect of the scheme over the course of several weeks. We can now look forward with renewed confidence as we continue to bring this much-needed rail scheme forward.”

Historically, the line was built to serve extensive coal mining in the area, and also the Port of Blyth, via one of several branches from the line. Traffic is much lower now. Among the higher profile operations is the former aluminium works at North Blyth, which generates a daily freight working between there and Fort William in north west Scotland.

Main construction work is now due to get underway this summer. The scheme will see six new stations constructed or rebuilt, deliver 18 miles (29km) of upgraded track, and allow access improvements and new signal locations. Stakeholders are hopeful the line will be open by December 2023. The project represents biggest rail development in the region since the inauguration of the Tyne and Wear Metro in 1980.

The granting of the order is a vindication of the work of campaign group, South East Northumberland Rail Users Group. “I was delighted to hear that the Transport and Works Act Order has been approved by the Secretary of State, following the four week public enquiry last November”, said their chair, Dennis Fancett. “Now construction work can start in earnest, though the final funding announcement is still awaited.”

The Northumberland Line is planned to run a half hourly passenger service between Newcastle and Ashington – stopping at Bedlington, Bebside, Newsham, Seaton Delaval and Northumberland Park – which will be an interchange with the Metro.