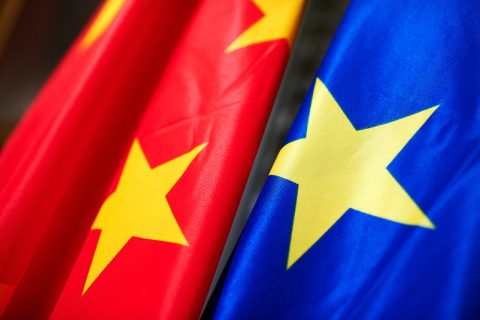 China’s BRI takes over the world: is Europe ready to respond?

China seems to be overtaking Europe in global infrastructure investments, with EU leaders alarmed about the possible consequences. How does China benefit from expanding the Silk Road to other continents, and what could be Europe’s response?

The recent leak of an EU document highlighting the dangers of China and Russia’s growing influence in Latin America brings transport and politics to the forefront again. The European External Action Service (EEAS) document leaked to the Spanish newspaper El País highlighted that “China is the first or second most important trading partner of Latin American and Caribbean countries, displacing the EU and surpassing the United States in many countries.”

Moreover, the document warned that the EU should take immediate action to restore its regional influence by launching more investments. For instance, an investment plan of 8 billion euros is promoted for allocation in South America, with transport and infrastructure gradually becoming the tool for increased political sovereignty.

A look at the past

China’s Belt and Road Initiative project was launched by Chinese president Xi Jinping in 2013. It is China’s primary international cooperation and economic strategy focusing mainly on infrastructure investments that improve connectivity between different regions and enhance the global supply chain.

The Belt and Road Initiative is also referred to as the New Silk Road, drawing inspiration from the ancient Silk Road spanning Eurasian territories. Many think the New Silk Road only reduces itself to overland transport, namely rail. “Indeed, the network of China-Europe trains across Eurasia is a major component of the BRI,” explains Frans-Paul van der Putten, an independent expert and consultant on China and geopolitics.

However, the Chinese project also includes the Maritime Silk Road, which focuses mainly on developing sea transport links. “Via ports in Asia and Europe, the New Silk Road is linked to maritime transport networks, which themselves connect all continents,” says van der Putten. In this sense, China’s investments in other continents, like Latin America or Africa, make sense in the BRI context.

So far, the BRI includes149 countries worldwide. Speaking of Latin America, 21 of 33 countries in the region are part of the project. These countries are located in Central and South America and the Caribbean. Among them are Argentina, BRI’s latest addition, Bolivia, Chile and Cuba.

The impressive and growing number shows that most Latin American countries are already reaping the fruits of their financial cooperation with China. Nevertheless, “China also benefits from investing in South America since this strengthens its diplomatic relations with countries in the region, provides access to markets and raw materials, and helps Chinese companies to internationalise. Cooperating on BRI with South American countries boosts the status of BRI as a global initiative and China’s status as a major actor in globalisation and international development,” highlights van der Putten.

China’s growing influence in Latin America signalled a ‘mayday’ in European headquarters, with the EU deciding to take immediate investment action to mitigate China’s global expansion. Yet, China’s involvement in the region is not new since, as van der Putten said, “like in other areas, countries in South America joined the BRI gradually” and not overnight.

As a result, the panic observed in Brussels is not due to China’s rapid expansion but probably due to a belated European realisation that it is losing precious overseas allies. “For Europe, BRI means a less central role in intercontinental transport networks,” explains van der Putten. On top of downgrading its intercontinental transport role, though, Europe risks losing its political influence, too, since investments and access to international markets go hand in hand with political sovereignty.

Yet, is there a drastic solution that could overturn or neutralise the global balance of power? “To some extent, the EU can counter China’s growing sway by maintaining and strengthening its transport links with Latin America, Africa and Asia. However, given the strong economic ties between China and developing countries, the EU cannot prevent China from becoming an influential actor in global transport networks,” concluded van der Putten.