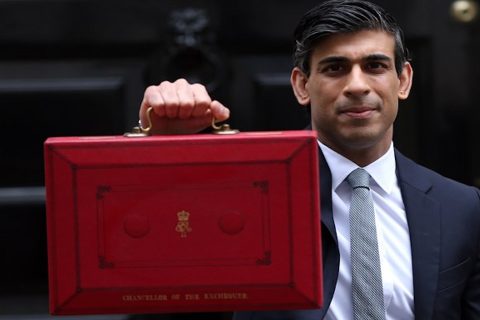 What can the rail freight industry expect from the UK chancellor’s Spring Statement?

Railway industry leaders are waiting expectantly for the financial policy announcements in the UK. Against a backdrop of inflation heading into territory not visited since the 1970s and mounting multiple pressures on the economy, there is much hope that the government can deliver an economic boost that will directly benefit the rail industry.

However, there are also worries that measures to bring the economy under control may have negative effects almost immediately. The worst outcome could be no outcome at all, as many insiders believe the chancellor does not have rail freight on his agenda, and it will be up to the industry to respond as best it can, despite its proven value to the UK economy.

Chancellor Rishi Sunak, the man with the keys to the UK treasury, will stand up in the House of Commons today and deliver his Spring Statement. Until recently, this was the time of year for setting out the national budget, just ahead of the coming financial year. However, since the financial crash of 2008, the main budget speech has moved to Autumn. Can the rail industry expect any pages in the chancellor’s red briefcase to be devoted to invigorating the freight sector? Many industry insiders would like to think so, but there is also a body of opinion that thinks the chancellor will be distracted by other pressing matters.

Where is the enhancements pipeline

The energetic Railway Industry Association (RIA), the voice of the UK rail supply community, has laid down its priorities and hopes the chancellor has found time to respond. “Now is the time for Government to support the railway industry and the economic growth, jobs and investment it provides both now and in the longer-term”, said their chief executive, Darren Caplan, who returned to a familiar theme seeking clarity of purpose from the government. “The Treasury’s Spring Statement comes at a critical time for the rail sector. The Rail Network Enhancements Pipeline needs to be published now to provide the sector with the visibility of upcoming work it needs to plan and invest in. Secondly, there should be no hiatus in infrastructure and rolling stock work over the coming years, as the industry restructures to Great British Railways.”

Caplan’s mention of GBR is a primary concern for the industry. There is a worry that distraction over the restructuring of the railway’s infrastructure management and passenger operations functions will lead to rail freight being ignored. There has been some dismay in the government’s concentration on the passenger management aspects of the new over-arching body. However, GBR does demonstrably refute that, with several high-level appointments to the transition team having key roles to play in freight liaison.

Echoing environmental concerns expressed elsewhere, the RIA has asked the chancellor to promote a greener railway in his statement. “Efforts to decarbonise the railway need to be accelerated, with a step-change in electrification and hydrogen and battery trains delivered to help the Government meet its Net Zero 2050 deadline”, says Caplan. It could be argued that the rail freight community leads the way in that respect. The often-quoted figures on fuel efficiency need not be repeated, but further measures are under active consideration, such as bi-mode tractive effort and systems for safely electrifying freight terminals.

The RIA also says traffic control needs urgent improvement. “There needs to be a programme to roll out digital signalling, with 60 per cent of signalling units requiring urgent replacement in the next 15 years”, says their recent statement. Other innovations could help there, too – such as DB Cargo UK’s double train concept and 3Squared’s PathPlanner system, both designed to make better use of available capacity. Clearly, though, the argument remains for overall capacity enhancement and many more projects of the scope of Ely to be brought forward.

In the broader economic picture, Britain’s role as an exporter of rail technology could be enhanced in the Spring Statement, in line with government policy, post-Brexit. The recent announcement of a significant supply deal in Turkey notwithstanding, Caplan and the RIA want to see better opportunities overseas for UK manufacturers. “We need to support rail suppliers to export overseas, reducing barriers to trade by ensuring rail is included prominently in Free Trade Agreement negotiations”, he said.

Rail has a bright future, says the RIA. The right Government policy can help lead the UK’s economic recovery. As Chancellor Rishi Sunak makes his statement on Wednesday, the opportunity is there to make rail a central part of a sustainable economic recovery. Whether or not the chancellor has been in consultation with the rail freight lobby remains to be seen. After all, those civil servants have been more tight-lipped of late. Like the rest of the country, the rail freight community stakeholders have only a few hours to wait until all is revealed.