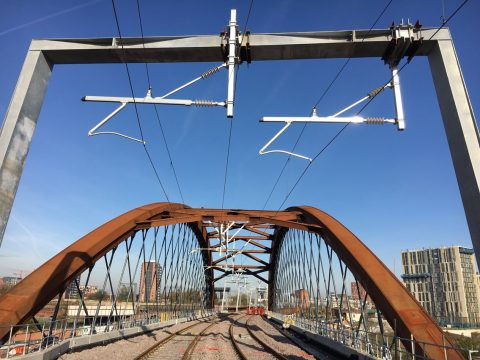 Will the UK Integrated Rail Plan be delivered?

Questions have been asked about the UK Government’s intentions to deliver the wide-ranging projects in the Integrated Rail Plan for the North. The recently published document outlines plans for rail connectivity in the North of England and was published in the wake of the cancellation of the eastern leg of the HS2 high-speed rail scheme. The IRP brings together a number of projects, already announced by the government, to enhance connectivity between the northern English cities, including Liverpool, Manchester, Sheffield, Leeds, Hull and Newcastle.

The Railway Industry Association, which represents the supply chain within the UK, has warned that freight and passenger services will be unable to fulfil their economic growth support potential if the Integrated Rail Plan is not fully implemented. The government needs to provide detail on the delivery of the programme urgently, they say. The RIA has expressed its concerns as part of its submission to the UK Parliament’s Transport Select Committee inquiry.

Lack of confidence in the desire to deliver

The UK government was the subject of widespread criticism for cancelling the eastern leg of the HS2 project, which would have connected Birmingham with Nottingham, Sheffield, Leeds and the East Coast Main Line. This project, in turn, would have connected with an enhanced network across the east-west axis of the North of England, which various names have known, including “HS3” and Northern Powerhouse Rail. However, the Railway Industry Association has questioned whether the IRP will actually be progressed, given the last plan on Northern Powerhouse Rail and the full HS2 scheme had not been delivered.

“Clearly, the IRP is a significant and welcome investment, and the industry stands ready to deliver it”, said Darren Caplan, the Chief Executive of the Railway Industry Association. “Given the Government has rowed back on its commitment to HS2’s Eastern Leg and Northern Powerhouse Rail, how confident can the railway industry and individual rail businesses be that this new plan will be delivered in full.”

The RIA also took the opportunity to, once again, remind the government that it has not yet published its Rail Network Enhancements Pipeline, the process by which many IRP projects will be signed off. “It has now been more than 800 days after the last publication of the RNEP, despite promises to update annually”, they say. They also have pressed the government to be more strategic about future UK railway network planning, rather than what they call a ‘chop and change’ approach, which results in uncertainty for rail businesses and makes it difficult for them to plan and invest in skills longer-term.

“It is clear that if the Government wants to get the best bang for its buck from the rail supply sector, and deliver project upgrades for passengers and freight on time, it needs to provide visibility and certainty of upcoming work now”, added Caplan. “By doing this, the railway industry will be able to play an even bigger part in supporting the Government to deliver sustainable jobs and economic growth in every region of the country.”

The industry body has also called for a commitment from the government to reconsider and deliver Northern Powerhouse Rail and the full HS2 scheme, developing the Eastern Leg from Birmingham to Leeds while pushing on with the Western Leg to Manchester and Crewe.