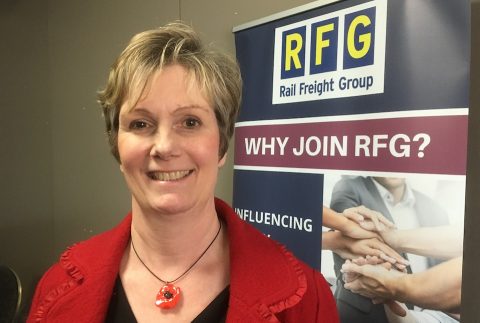 The Rail Freight Group (RFG) has called today’s Williams-Shapps Plan for Rail the ‘opportunity of a lifetime’ to grow freight, as long as the proposed rail reforms deliver on the promises. The UK government has published a white paper outlining huge reforms for the structure of the railway industry in the UK.

The Rail Freight Group (RFG) today (20 May) welcomed the publication of the Williams – Shapps Plan for Rail, which offers the opportunity of a lifetime to accelerate the growth of rail freight, helping decarbonise UK freight transport and meet the needs of freight customers.

Under the plans set out by UK government a new organisation, Great British Railways, will be created to plan and run the rail network, incorporating Network Rail and passenger services. According to the RFG, the new body will have a statutory duty to promote freight, and a national freight co-ordination team will be created to improve the freight customer experience. Maggie Simpson, the director general of the RFG made clear the position of the freight industry. “It will be essential that the new structure and systems truly deliver on their promise for rail freight”, she said

Reaction has also come direct from the rail freight industry, who make up the membership of the RFG. John Smith, the managaing director of GB Railfreight (GBRf) has already echoed calls for an individual with and overall role for rail freight – a post he called a ‘freight evangelist’.

The devolved governments in the nations of the UK have reacted to the report. Each of the governments in Belfast, Cardiff and Edinburgh has separate responsibility for transport matters. In Northern Ireland, the transport industry was not involved in the privatisation programme of the early 1990s, and remains outside the scope of this report. However, both Wales and Scotland have their own transport agendas, which do not necessarily align with this report. A reaction attributed to the Scottish government in Edinburgh says there was no consultation over the publication of the report.

There is already acrimony between Edinburgh and London on transport matters. The Scottish government has expressed dissatisfaction at London initiatives, such as the Union Connectivity Review – a hastily arranged look at connections between all four nations in the United Kingdom, chaired by Sir Peter Hendy, who is also chair of Network Rail. Ironically, under the Williams-Shapps report, Network Rail would effectively be abolished, possibly putting Sir Peter out of a job. Poor relations between the two governments is also being cited as a reason behind the lack of progress on the building of a new connection between Carlisle and Edinburgh, which would benefit the HS2 project and release freight capacity on the very busy West Coast Main Line.

Despite the political issues, the UK government has said it will set a growth target for rail freight. This is an initiative that has already been enacted in Scotland. In an echo of that policy, the new report says the new ‘Great British Railways’ authority will periodically issue guidance on its priorities for rail freight.

Maggie Simpson of the RFG said there was growing demand from industry at large. “Businesses across the country are hungry for more rail freight as they decarbonise their supply chains and build back the economy.  The creation of Great British Railways is a unique opportunity to meet these ambitions if it ensures that private sector rail freight operators can flourish, and that customers and suppliers are encouraged to invest for growth”, she said. “We look forward to working with Government as they develop the detailed proposals, including for reform of track access and a new role for the Office of Rail and Road.”