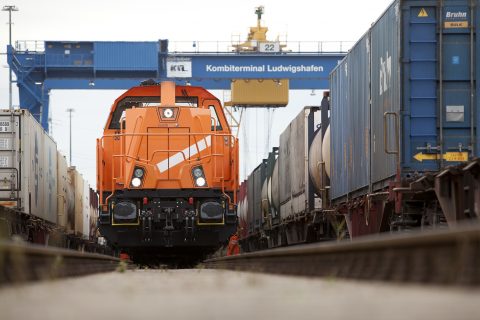 Germany’s Kombiverkehr has welcomed the newly-published national Masterplan for Rail Freight, which outlines the future for the country’s rail cargo infrastructure, and also called for greater commitment at international level.

Established in 1969, Kombiverkehr is an equal partnership between more than 200 freight forwarders and the country’s main rail freight provider, DB Cargo. Last year it shifted over 985,000 road truck consignments onto the rails. Having spent a long time campaigning for a ‘fair and competitive’ environment for rail haulage, the company said it had achieved a ‘significant milestone’ with the drawing up of the rail freight Masterplan.

“Together with industry representatives, it has managed to persuade much of the political community – not least the Federal Ministry of Transport and Digital Infrastructure – that something actually needs to be done for the rail freight transport sector, and especially combined transport, if environmental targets and objectives, in particular as regards cutting CO2 emissions, are to be met,” said a company statement.

“The policy document prepared in conjunction with the ministry and the industry organisations can really improve the prospects of the rail freight transport sector in the future once again. Kombiverkehr sees the guarantee of an efficient railway infrastructure, the extensive exploitation of potential for innovation and the improvement of general transport policy frameworks as the cornerstone of the master plan,” it added.

Priority measures outlined in the plan include the cutting of track access charges for operators, the upgrade of sections to accommodate 740-metre long trains, and the setting up of a preliminary test area for the digitisation and automation of trains in the freight sector. The publication of the plan has been seen as a landmark decision for Germany. One of its core aims is halving track access charges, for which the Government has said it will invest around 350 million Euros

“Ad hoc measures are to be continued and extended, and are seen as corporate contributions made by the sector to modernise rail freight transport,” continued the statement. “Kombiverkehr calls on the Ministry of Transport to show the same commitment within European transport policy as it does at national level. International rail freight transport companies and the users of intermodal transport often find that current regulations – for example weights, documents accompanying shippers, tax questions – are interpreted differently in many countries. Consistent regulatory frameworks should be created together with the European Commission in Brussels, as such measures can increase the attractiveness of combined transport,” it added.