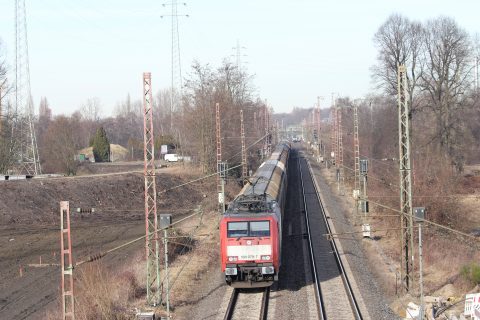 The first concerns the removal of 11,000 national rules which, says ERFA, ‘heavily contribute’ to a fragmented and more costly rail market, while the second centres on the transparency of how track access charges are calculated and passed onto railway operators across the EU.

Member states had until July 1 to send their national implementation plans, listing national safety rules and and plans for the removal of redundant rules, to the European Union Agency for Railways (ERA), which will carry out a review. The European Commission can ask member states to withdraw laws deemed to be ‘burdensome and redundant’.

As an example, ERFA highlighted the situation in Italy regarding the two-driver rule, which imposes a requirement two drivers in the locomotive cabin. There is no clear justification, says ERFA, for one driver being deemed sufficient for rail operations across Europe but not in parts of Italy. The same goes for railway operators’ obligation to install manual emergency torches in their locomotives to inform other trains of an incident, despite there being existing digital safety alert systems.

ERFA says the removal of such unnecessary laws will simplify what is required of operators, while also guaranteeing a high level of safety. It will also improve cost-efficiencies and, crucially, unlock the potential for cross-border operations.

The deadline has also now passed for national rail infrastructure managers to provide rail regulators with full transparency on how track access charges are worked out. Many rail operators, says ERFA, are concerned they are overpaying, and so infrastructure managers will need to detail the methods used to calculate the direct costs involved.

With track access charges accounting for a considerable part of operators’ costs, they have a big impact on the competitiveness of rail, and so scrutinising the consistency of the charging process is vital in restoring the confidence of rail businesses and investors. ERFA believes that implementing these changes will ensure infrastructure managers are better incentivised to perform better and cut costs, while improving transparency for all rail freight stakeholders.

“ERFA urges all efforts to be made to fulfil the requirements of the deadlines,” said ERFA, which represents the interests of 32 members in 16 countries. “These are two major steps forward towards a more competitive and simplified rail system, allowing rail to better compete with other modes of transport and to drive changes.”