DB Cargo agreed with Alstom to equip thirteen freight locomotives with the ETCS signalling standard technology. They will use Alstom’s Atlas ETCS Baseline 3 Release 2 solution, which complies with the latest European standards for interoperability. The solution will be used in trans-European freight traffic between Germany, Denmark and Sweden.

Denmark and Germany will also need to upgrade their preexisting systems to be compatible with ETCS. On the other hand, Sweden will integrate its system into the ETCS hardware in the form of a software programme. The plans have a long term perspective since the first test runs for the solution will take place in late 2022. Nevertheless, from the perspective of digitalisation, the agreement constitutes a bold step forward since apart from the locomotives, it will directly affect and modernise the three counties’ signalling systems.

Following the retrofitting, the electric freight locomotives, belonging in the EG3100 series, will run seamlessly and safely on routes across national borders. “By equipping our powerful locomotives with ETCS equipment, we will also be able to offer climate-friendly, cross-border transport services for our customers in the future”, said Ralf Günter Kloß, Member of the Management Board for Production at DB Cargo.

On his behalf, Frederic Rybicki, Managing Director Alstom Digital Mobility Germany & Austria, stated that Alstom is pleased to contribute in the digitalisation of trans-European freight transport. Europe is rapidly moving towards a more digitised and interoperable environment regarding rail transport. Such initiatives indeed contribute to establishing a smooth European network that can guarantee better performances characterised by efficiency and speed. The more companies adopt similar technologies; the better interconnectivity will become.

The European Train Control System (ETCS) is the signalling and control component of the European Rail Traffic Management System (ERTMS). Its purpose is to replace the many incompatible safety systems currently used by European railways. The standard was also adopted outside Europe and is an option for worldwide application.

ETCS is implemented with standard trackside equipment and unified controlling equipment within the train cab. Additionally, according to Alstom, it is probably “the most efficient train control system globally, delivering significant benefits in terms of maintenance cost savings, safety, reliability, punctuality and traffic capacity”. 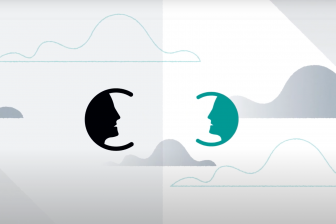