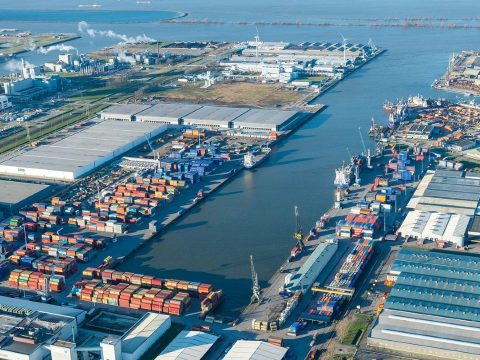 Port of Moerdijk wants to grow by planning smarter

The Dutch port of Moerdijk wants to see if it can increase the efficiency of its infrastructure to drive more trains. It wants to increase the current 60-70 weekly trains to 100 per week. But as there isn’t much room for more railways, it wants to “plan more efficiently”.

The plan is called Lean Moerdijk 2.0, and the port of Moerdijk is doing this together with infrastructure manager ProRail and the railway undertakings, terminals and customers involved. “The focus of this project is mainly aimed at making better use of existing infrastructure. We do this, among other things, by using smarter planning tools”, says Jayand Baladien, commercial director of Port of Moerdijk.

The ambition of the port to increase its rail transportation share is not new. In April, it opened a new terminal, operated by Combined Cargo Terminals. More than 20 million euros has been invested in broader facilities for freight trains on the Moerdijk industrial estate.

Among other things, the two existing tracks were replaced by three new ones, which are 740 meters long. An extra switch connection and a ‘reversing track’ were added: previously, trains were pushed in, which took a lot of time. In the new terminal, the locomotive disconnects from the wagons after entering and drives away again on the third track.

The port of Moerdijk

The port of Moerdijk, situated in the province Zuid-Holland in the Netherlands, is active in short-sea, inland shipping, rail and road, for various customers. It has a short-sea connection to the UK, and many of the goods that arrive in the port of Moerdijk are moved further into Europe by rail.