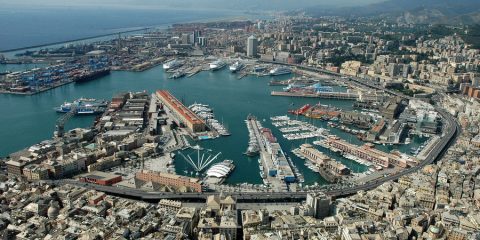 Hupac and Logtainer have agreed to cooperate in developing a new intermodal network. The network will connect Ligurian ports in Italy with terminals in Switzerland and Southern Germany. Enhancing the position of the Ligurian ports is the highlight of the cooperation, since it will boost both their international and national connections.

Additionally, the new network will probably play a role in the modal shift because it will put rail transport in the spotlight. “The agreement with Hupac will allow our customers and partners to develop and increase the traffic destined to the other side of the Alps that currently does not pass through Italian ports”, said Guido Nicolini, CEO of Logtainer. Indeed, connections from Ligurian ports, across the Alps, to Swiss and South German industrial hubs, combined with the completion of construction works on the Italian rail network, will significantly boost rail traffic.

The agreement was announced around the same time of Hupac’s assessment for 2020. During the past year, the intermodal operator managed to keep its traffic volumes balanced since it moved approximately one million consignments. This number equals almost two million TEUs and presents a slight decrease of 0,9 per cent compared to 2019.

The difficult conditions created by Covid-19 resulted in a prostration of maritime traffic which, combined with the European lockdown, dropped the numbers. Transalpine traffic through Switzerland saw the biggest impact with a 2,5 per cent decrease, while non-transalpine traffic remained steady and saw a slight increase of 0,5 per cent.

In total, the company managed to maintain its network and cope with the circumstances. Michael Stahlhut, Hupac’s CEO, stated: “Given the extraordinary circumstances, we are satisfied with the traffic volume achieved”. However, the company’s operational areas felt a more severe impact from the pandemic than traffic in Eastern and South-Eastern Europe. With public financial support being moderate currently, Hupac relies on extra measures to help it cope with costs and maintain productivity high. “We are aiming for the maximum possible train length – operationally and in terms of planning. Expanding the network to a standard train length of 740 m is our top priority – the sooner, the better”, added Stahlhut.

In any case, the company manages to keep its standards high, and developments like the cooperation with Logtainer prove that. Despite the challenging past year, Hupac keeps investing and expanding its network to its customers’ best interest. Subsequently, financial support for its green services should be a prerequisite.