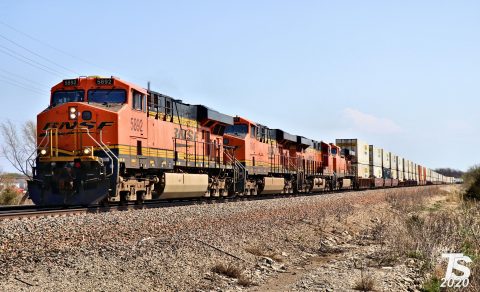 After a long period of negative sentiment, an upward trend was observed in the US. Intermodal traffic in the week ending 8 August saw the highest level since December 2019 and 30% more than the 2020 low in April, according to the Association of American Railroads (ARR). The volumes amounted to 277,054 intermodal shipments by U.S. railways.

Although the figures are still lower than the same period last year, they are encouraging, as they indicate that the sector is climbing out of a long-lasting dip resulting from the pandemic. AAR Senior Vice President John T. Gray commented: “Rail traffic, like the overall economy, is generally trending in the right direction, but progress is slow; there’s a long way to go before it is back to normal, and both week-to-week improvements and setbacks in individual commodities are to be expected.”

The ARR senior also pointed out that “intermodal is closer than any other rail traffic category to pre-pandemic levels”. In the week ending 1 August, U.S. weekly intermodal volume amounted to 270,277 containers and trailers, down only 1.8 percent compared to 2019.

In the meanwhile, none of the wagonload commodity groups saw a year-to-year increase, the American industry association pointed out. “Coal and other energy-related rail commodities continue to struggle more than most”, Gray said.