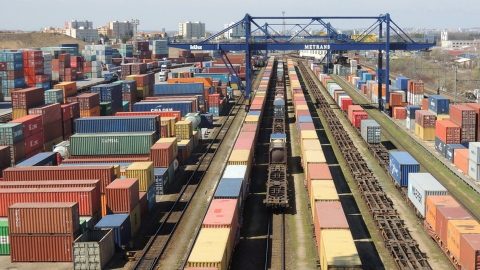 Intermodal Poland and the coronavirus: room for optimism?

When looking at the economic impact of the coronavirus in Poland, there is room for optimism. The country is less affected than other countries in Europe. The intermodal market could reap the benefits of this, but, support for the vital industry is not a luxury.

Such can be summarised of the webinar Intermodal Poland: the impact of the corona crisis. This morning, experts from the port of Rotterdam, DCT Gdansk, PCC Intermodal and GVT Intermodal shared their view on the current situation in a live conversation with RailFreight moderator Jialu Zhang.

In the largest terminal of the port of Gdansk, the impact has been felt, but there were also positive trends, he continues. “In comparison with the same period last year, Q1 of 2020 showed a decline in the total volumes, as in the volumes coming from China. But surprisingly, the volumes of cargo to China went up. And so did the rail freight volumes and rail freight share in DCT. Rail has proven to be quite resilient. I believe this is a long-term trend that is not gonna go away”, he commented.

The impact of the coronavirus is hard to grasp, the speakers agree. The month of April was the most beautiful month of the year, as the Chinese economy has picked up and the volumes of cargo from China are rising. But at the same time, many shops in Europe are still closed and the cargo needs to be stored, Stefanski explained. “Warehouse capacity is an issue in the Netherlands as well”, said Roland Verbraak from GVT, which runs a train between Rzepin in Poland and Tilburg in the Netherlands. “We are now merging 40ft containers into 45ft containers to free up some of this capacity.

This unbalance in supply and demand makes it very hard to plan ahead as well, he notes. “We currently check demand on the train every Wednesday and only plan ahead 3 to 4 days. The situation changes all the time.” The Tilburg-Rzepin connection that usually runs on a daily basis is now operated around 3 to 4 times per week, in contrast to plans of the logistics firm to expand this year.

Hasn’t there been a shift to rail, then? This was indeed the case for a while, said Dariusz Stefanski, CEO of the Polish operator PCC Intermodal. “When the Polish border was closed for road traffic, some of these volumes flowed to rail. But once the border was reopened, truckers were able to take back their business. The fuel price is currently also very low, which means that road transport is offered at very low prices. Cost is always determining factor”, he states.

If you ask Gibert Bal from the port of Rotterdam, there is a winning case for rail. “A report by Bloomberg and Maersk has shown that customers are willing to pay a little more for rail due to its environmental benefits. This is a chance for the rail freight industry”, he says when asked if the temporary shift to rail could become a permanent phenomenon.

Returning to Poland, a lot remains to be done in order to reap the benefits of the current crisis, the speakers agree. For the past few years, the intermodal figures of Poland have been presented with great optimism. The market has shown growth despite a decline of rail freight volumes. In 2019, overall rail freight traffic in the country decreased by 5.5 per cent while the intermodal sector showed growth of 14.7 per cent.

But these figures are misleading, said Stefanski. “Intermodal is partly rail freight, so these are two sectors that cannot be compared. Moreover, if you look at some other countries in Europe, the intermodal market has grown with, in some cases, around 40 per cent. This 14.7 per cent is nothing impressive.”

“If we want to see a significant shift to rail, the infrastructure must be improved, especially on the north-south corridor”, said Stefanski. “Access to the network is very expensive, while the speed of trains is very low. It is only now that passenger trains are largely absent that we manage to get from the ports to important nodes as Gliwice in around a week, but this normally takes around 18 days.”

Indeed, for GVT this was the reason to establish a terminal in Rzepin, on the border with Germany. In this way, the trains do not need to run through Poland and a lot of time can be saved, Verbraak explained. But ideally, it should take a train around the same time as a truck to get across the country.

Moreover, there is a lack of a public administration for the intermodal sector. The Supreme Audit Office of Poland recently published a report, drawing attention to this shortcoming, and the consequent lack of effective actions to develop intermodal transport. “Actions undertaken have not led to the elimination of barriers hindering progress in this field. Although the minister of Infrastructure correctly diagnosed and defined the directions of actions supporting the development of intermodal transport – intensive modernisation of
railway infrastructure, modernisation and extension of existing transhipment terminals, increasing their number and organisation of regional logistics centers – he did not develop a comprehensive programme for the development of intermodal transport in Poland”, it said.

“I do not believe that the report will change anything”, said Stefanski. “We have been saying this for a while, but without action taken.” A positive step forward would be the possibility of running 740-metre trains between the Netherlands and Poland, Bal and Verbraak agree. The respective ministries have been in discussion to realise this, but so far this has not yet been achieved. “This would give us a competitive advantage over rail”, said Verbraak.

The discussion about intermodal Poland will be continued at the RailFreight Summit Poland, which will be held on 1, 2 and 3 September in Poznan. Registration for this event is open and can be done here. The programme can be seen here. 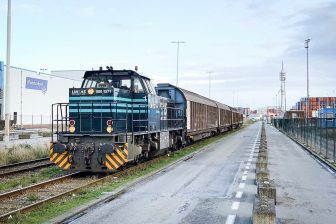