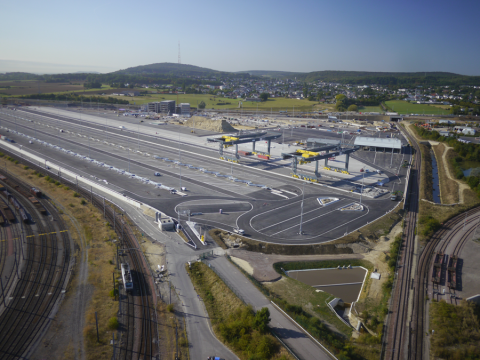 As from 15 March 2019, CFL intermodal is offering a new rail line connecting the intermodal terminal of Bettembourg in Luxembourg to Valenton in France. It is one of the added advantages of the hub of Luxembourg established this month.

Valenton is the fifth French city to be included in the CFL intermodal network, which already connects to Lyon, Nancy, le Boulou and Sete. Furthermore, the anticipated lew line between Bettembourg and Ghent has become operative today, 11 March 2019.

Earlier, the port of Ghent welcomed the missing rail freight link connecting to the hub in Luxembourg. With this addition, a multimodal network spanning from Ghent to Luxembourg, Italy and Turkey was established. From today, Ghent is connnected directly with the terminal of Bettembourg-Dudelange with a daily railway service.

CFL Intermodal has big plans when it comes to developing Bettembourg as a hub. On the agenda are new lines to Milano (Italy), Vienna (Austria) and Poznan (Poland), from wher eit plans further connections to Malaszewicze (Poland) and further on to China, and in the northern direction to Kaunas in Lithuania.