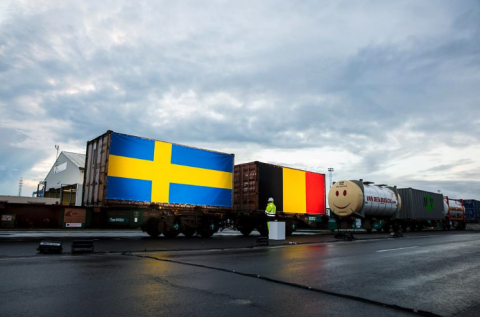 The Belgian port of Ghent has established the missing rail freight link which connects the hub to a multimodal network spanning from Luxembourg to Italy and Turkey. Ghent is now connected directly with the CFL railway hub in Bettembourg, Luxembourg with a daily railway service.

“We will start with 5 connections per week”, says Sam de Wilde, Managing Director of DFDS Ferry Division in Ghent. Previously, freight between the hubs was transported by truck. “More and more customers were asking for a multimodal product, opting for rail rather than trucking” he added.

With the new railway service, a missing link was established to the European hinterland on one side, and the Scandanavian countries on the other side, as the port offers eight freight ferry sailings per week to Gothenburg in Sweden. “From 11 March 2019 onwards, trains with trailers and containers from customers throughout Spain, Southern France, Italy and Turkey will arrive at the DFDS terminal in Ghent for sea transport to Sweden”, the port authority said.

“In any of these locations, existing as well as new customers will be able to transfer trailers and containers meant for Scandinavia onto rail wagons. The rail transport ends in the DFDS Terminal in Ghent, where the trailers will be directly transferred onto our freight ferry for sea transport to Gothenburg – and thus to our customers’ markets in Sweden, Norway and Finland”, said de Wilde.

Barcelona in Spain and Le Boulou and Lyon in France form important transshipment hubs where road and rail are linked. The same applies to Trieste, which is now more attractive due to the possibility to lift non-cranable trailers on a train.

“For the connection between Trieste and Gent, we have procured a lifting system which allows us to lift any type of trailers onto the trains, including the so-called ‘non – craneable trailers’. This makes things easier for our customers, as there is no need to plan for a specific craneable trailer to benefit from the rail connections”, said Nicola Lelli, head of Intermodal DFDS. From Trieste, a shipping connection is available to the Turkish terminals of Pendik, Ambarli and Mersin and the Greek terminal of Patras.