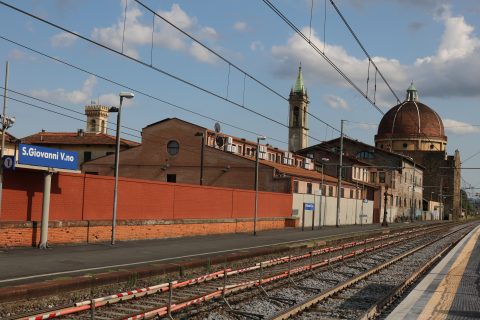 On Monday, a freight train loaded with garbage coming from Campania and heading towards Austria caused many complaints of a pungent smell spreading through the city. The train was stopped for an inspection on the tracks in San Giovanni Valdarno, 50 km South of Florence, in Tuscany and stood idle on the tracks for four days.

The containers are owned by Enki SRL and the train was operated by Mercitalia Rail. The convoy was finally moved on Thursday back to its starting destination to carry out the investigations.

Why was the train stopped?

Sources from Enki SRL told RailFreight.com that the train was stopped on Monday for an inspection after a rail worker noticed that one container cover had an untied lace. The station of San Giovanni Valdarno was the closest suitable location to carry out the inspection.

Because of the inspection, the train missed its slot for the Brenner tunnel. According to sources from Enki SRL, Mercitalia Rail decided to leave the train in the station until the next available slot. The train remained on the tracks for several days. Because of the variation of temperature between day and night, condensation led to some leachate leaking.

ARPAT, the agency responsible for environmental protection in Tuscany, was called to inspect the site. According to the agency, 28 out of the 32 containers were leaking leachate and spreading a strong odour. However, sources from Enki SRL claim that only 2 liters of liquid leaked on the ballast, out of 850,000 kilos of cargo.

The reactions of San Giovanni Valdarno

The city of San Giovanni Valdarno issued an order for Enki SRL and Mercitalia Rail SRL. The order requires the two companies to immediately restore the required safety conditions. Mercitalia Rail and RFI, the Italian operator of railway infrastructure, intervened to make sure that no more leachate would penetrate the railway ballast.

Paola Romei, deputy mayor of San Giovanni Valdarno, pointed out that this episode had repercussions on the citizens, who, because of the smell, were not able to open their windows to deal with the scorching heat. After discussions with the Magistrate of Arezzo, it was decided to seize the convoy, which was entrusted to RFI, which owns the section where the train is stuck.

Sources from Enki SRL said that the seizure was lifted and the train was sent back to its departure destination in order to start the investigations in a more isolated place. Therefore, this morning around 4 am, the train reached the Interporto Southern Europe in Maddaloni, 30 km from Naples, where the investigations will be led by the Magistrate of Arezzo.

Mercitalia Rail and RFI were contacted but no response was given, as of Friday. 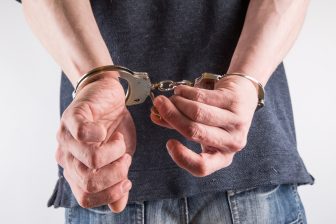 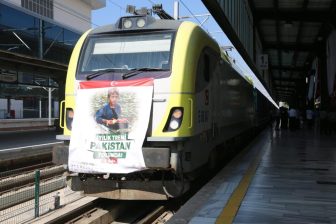 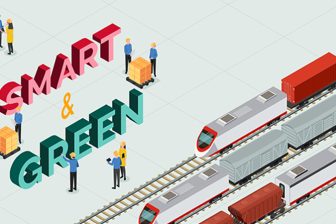