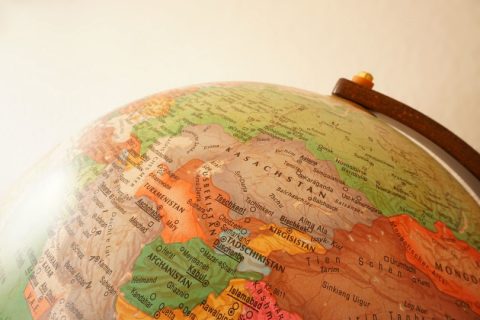 The European Bank for Reconstruction and Development (EBRD) launched a study to examine the best possible connections between Central Asian countries and the European TEN-T network. The study will last until the summer of 2023 under EU Commission funding. The target is identifying optimal alternatives to the northern rail route via Russia. However, the growing Russian presence in the region could be another driver for European involvement there.

Apart from identifying the best possible routes for connecting Europe to Central Asia, EBRD’s study will also provide some insights into key investments in several countries that could serve and facilitate the primary goal of increased connectivity.

Nevertheless, identifying relevant investments and implementing them are two different things, and it could take a long time until the EU does so. On top of that, the issues present in the region are more or less already known. Consequently, it would be interesting not just to identify problems and bottlenecks but to provide palpable and relatively realisable solutions.

Middle Corridor inefficient, but the only solution?

When describing the study’s objectives, EBRD highlights the immense capacity differences between the so-called Russian route and the Middle Corridor, considered so far the best alternative for companies avoiding Russian transit. Characteristically, the Russian route in 2021 carried 1,5 million TEUs. For 2022, the Middle Corridor will reach a capacity of 80,000 TEUs at best, not far from its maximum capacity of around 100,000-120,000 TEUs, says EBRD. Understandably, the volume differences between the two routes are unbridgeable.

EBRD estimates that investments in the Middle Corridor should reach approximately 3,5 billion euros, with their success depending mainly on the determination and cooperation of the countries along the route. This viewpoint indicates the central problem in this case. Relying only on the initiative of Middle Corridor countries could prove insufficient to streamline the needed optimisation actions.

That being said, EBRD still considers the Middle Corridor transit as the most viable solution for EU-Cental Asian connectivity. Developments in countries like Uzbekistan, Kyrgyzstan and Turkmenistan are not there yet. The fact that these countries face immense infrastructure challenges and their exclusion from international trade agreements makes it difficult to determine when they’ll become viable gateways to link Europe with Central Asia and China.

Additionally, the route via Turkmenistan and Iran is facing serious limitations, such as the sanctions imposed on Iran that need bilateral agreements and the establishment of regional European subsidiaries to make the route work.

Middle Corridor’s significance as an alternative to Russia has been highlighted since the start of the war in Ukraine and the imposition of western sanctions. So have the issues appearing in the route. In this context, the bottlenecks are already apparent to European institutions and policymakers; even with studies such as EBRD’s undertaken, the conclusion seems more or less the same. Middle Corridor countries should take the initiative and find solutions.

Improving the Middle Corridor’s efficiency regarding Eurasian transport and connectivity with Central Asian countries or China is one thing. However, an interesting aspect of EBRD’s current study is that it does not just focus on Kazakhstan, Azerbaijan and Georgia but looks into possible developments in other countries like Turkmenistan and Iran. What those other countries have in common is the strong Russian transport presence during the past months.

Consequently, the European strive to explore and develop relevant routes in these countries could be an attempt to counterbalance the involvement of Russia. To diversify its supply chains after the sanctions, Russia has developed strong cooperation with China. At the same time, it has been investing intensely in the International North-South Transport Corridor (INSTC) and its route variations transiting via Azerbaijan, the Caspian Sea, Kazakhstan and Turkmenistan on the way to Iran and, ultimately, India.

Currently, Russia seems to be the protagonist of Central Asian transport providing new gateways to itself and the countries involved in its transport projects. Understandably, establishing such a balance in the region could mean that Europe is the most affected by the situation since it will come second in accessing these economies. The fact that Russia invests rapidly in the region is another decisive factor since EU investment implementation takes way more time, as mentioned before. Will Europe progress in the ‘scramble for Central Asian transport’? Ultimately, everything seems to depend on who has the clearest perspective combining policy, business and direct and immediate investments.

Redundancy is important, yes, but Advantage, by nature of Hemisphere, is flora of ports, Ocean, etc., etc.
However majority of ports clients do not enjoy direct access to Port…
Top priority, for TEN-T, etc., now is high quality, optimal feeding of ports!
Railways, the large scale on shore alternative devastatingly is obstructing!
Utilisation of assets is hindered and capacity is reduced, by “optimal maintenance”, mantra…
An optimal railway, a sustainable, now is requested!