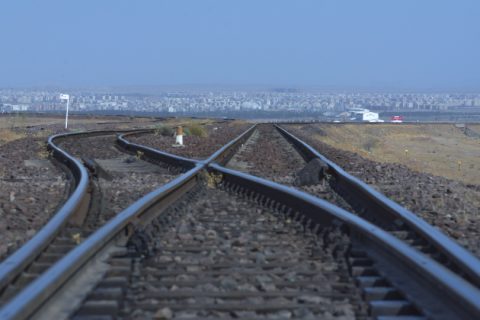 Iran, a corridor and a missing link: will Russia unlock them?

Iran’s role in the international North-South Transport is crucial. Yet, despite some railway infrastructure advancements, it is also the corridor’s weakest link. A Russian delegation visited the country for this purpose, examining how getting involved in completing crucial lines could also benefit the country in acquiring a gateway to the Persian Gulf and India. The line in question is the Rasht-Astara railway, which will practically complete a big part of INSTC.

“If the financial resources are provided, Rasht-Astara railroad, which is a missing link along the International North-South Transportation Corridor, will be completed within three to four years,” mentioned Kheirollah Khademi, head of the Construction and Development of Transportation Infrastructure Company of Iran, to Russian railroad officials.

Khademi was quite straightforward to Moscow’s delegates. “Provide the needed finance, and we both benefit,” one could read behind his words. How is that possible? Iran will complete a crucial part of its infrastructure, and Russia will unlock what is, in theory, the easiest path to reach Iran and, ultimately, its Persian gulf ports. Will Russia take the big step forward?

The picture in Iran is relatively unclear when it comes to infrastructure gaps. However, one thing is for sure: in the context of INSTC, Iran is missing a seemingly short railway line that will connect it to Azerbaijan and, respectively, Russia. It is the Rasht-Astara railway line which extends until Qazvin, near Tehran.

This line is not to be confused with the Rasht-Anzali line nearing completion. The Rasht-Anzali line is a much shorter infrastructure leg linking Rasht with the Bandar Anzali port on the Caspian Sea. Russia currently prefers the Caspian Sea route to reach Iran, so completing this line would be ideal for linking cargo to the Iranian railway network. The Iranian government plans to finish it in 2023.

Nevertheless, the hard-to-navigate Caspian Sea cannot become a permanent solution. Russia has already implemented rail shipments to Iran via Turkmenistan; however, a direct link via Azerbaijan would be more efficient and closer to economic centres like St. Petersburg and Moscow.

How feasible is the line?

“From a technical point of view, there are no obstacles in the way of implementing the project, and according to the similar experience in Qazvin-Rasht railway construction, if Russia provides the necessary resources, this strategic railway will be completed within three to four years,” highlighted Khademi.

In reality, there are some technical obstacles to completing the Rasht-Astara project. The line is supposed to be built in a swampy area, making it imperative to construct multiple bridges and carry out a meticulous and detailed implementation study. Moreover, little progress has been made so far in building it since out of the line’s 162 kilometres, only twelve have been completed. These are some of the reasons why Iran has not found an investor to proceed with the plans yet.

The ball is in Russia’s court

Now, the ball is in Russia’s court to finish the project, and Khademi underlined this to its visitors multiple times. Given that Russia is looking for trade and transport alternatives, following the sanctions that multiple states have imposed on it, Central Asia and a gateway to the Persian Gulf and India are becoming central to its diversification planning.

Russian Railways have already organised and implemented some shipments through Iran that prove their interest in establishing a stable transport route via the Central Asian country. Does the visit of Moscow’s delegates signal the commitment to develop Iranian railway infrastructure and, unavoidably, become the sovereign power in the region while ensuring its supply chain doesn’t collapse? It could; however, it is up to Russia to evaluate the investment and up to China’s, the US’s and the EU’s reaction to provide a concrete answer.