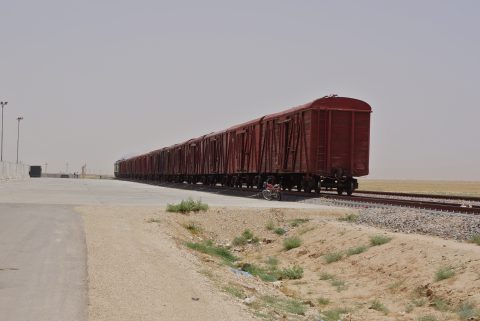 The Trans-Afghan railway, which will connect Uzbekistan to Pakistan, is open to Foreign Direct Investors (FDIs), including from the EU. This was one of the outcomes of a meeting held in Tashkent, in eastern Uzbekistan, on 28 October. The meeting was between Uzbekistan’s President Shavkat Mirziyoyev, and Charles Michel, President of the European Council.

“The Uzbek side expressed its readiness to create the necessary conditions for attracting FDIs, including EU companies,” said the European Council. Collaboration on projects such as this one is part of the EU’s Global Gateway policy. Among other topics discussed at the meeting, there was further development of the Trans-Caspian Multimodal Route, digital cargo handling solutions, and the need for increased capacity and rail fleets.

The Trans-Afghan railway will cross Uzbekistan, Afghanistan, and Pakistan, stretching over 573 kilometres. It will connect Termez, in southern Uzbekistan, with Peshawar in northeastern Pakistan, via Mazar-e-Sharif, in Afghanistan. This railway will work as a bridge connecting landlocked Uzbekistan with Pakistani ports. The total cost of the project should revolve around five billion euros.

The project was launched in 2021 with a joint proposal from the three countries involved with construction starting in March. The line will likely cross Afghanistan through the mountainous region of Hindu-Kush, at an altitude of 3,500 metres, making it one of the highest railways in the world.