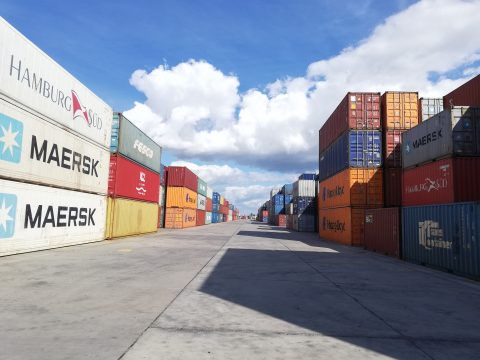 The average price for a 40-foot high cube container in China has decreased by 22 per cent. The reduced price comes at a critical time, between China’s Golden Week holiday and Christmas. Before that, container prices had reached record levels, with a container (40’ high cube) costing 8,516 US dollars.

Since week 39, leading to China’s Golden Week holiday, average container prices were showcasing a declining trend that in week 42 led to the cost of 6,598 US dollars for 40-foot high cube containers. “This is a 22,5 per cent decline, which is the biggest decline witnessed this year in China,” explains Container xChange, a container trading and leasing company.

Apart from data indicating that China’s average standard container prices have plunged both for trading and leasing, one-way container leasing rates seem to be stabilising too. The average one-way container leasing prices between China and Russia, the UK, the Netherlands, Belgium, Hungary or Slovakia, for instance, have dropped significantly and might remain lower until the end of the year.

A temporary side effect?

“The drop in prices could also possibly be only a temporary decline because of the Golden Week in China if the prices do not decline further,” explains Christian Roeloffs, founder and CEO, Container xChange.

Even though the latest developments are positive and leave space for optimism, there is still a need to wait for the following months and see whether this declining trend is realistic. Nevertheless, the market shows “good signs of correction,” adds Roeloffs.

Dr. Johannes Schlingemeier, also founder and CEO, Container xChange. Believes that the declining trend is not a bubble. “There are possibilities that the trend will continue because we are halfway through the busiest time for the shipping industry. Retailers are looking to pile up stock ahead of the Christmas holidays, and the falling prices could well become the new normal from hereon. This could probably be a very early stabilisation of the market,” he underlines.