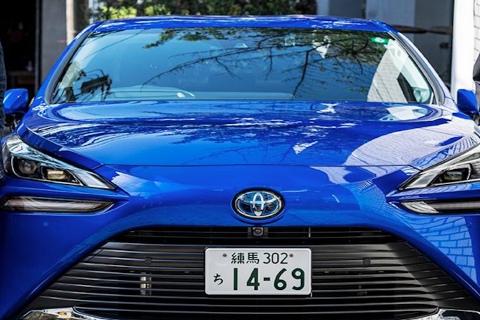 DB Cargo UK has announced plans to invest in new facilities at its depot in Toton, in the English Midlands, to facilitate the export and import of a new generation of Toyota cars.

A new two-way rail freight flow for the automotive industry will boost trade into and out of the UK and help keep the sector competitive in the post-Brexit economic climate. DB Cargo UK is planning to invest in facilities supporting the export of popular models to Europe while importing UK favoured marques too.

The GBP 2.6m (3.05m Euros) investment by DB Cargo UK will see the construction of a new vehicle storage compound and associated road-rail loading and unloading facilities on a currently underused section of the Toton site. Subject to approval through the UK planning process, the new services will start in January 2022. Hybrid Corolla models, manufactured at Toyota’s Derby plant, are exported to France and the Czech Republic. Toyota Aygo, Yaris and the new Yaris+ vehicles will be imported on the return leg to ensure full utilisation of the new services.

The formal announcement was made during a visit to the site by Rail Minister Chris Heaton-Harris. The minister, who is also the parliamentary representative for nearby Daventry, was on a fact-finding mission to learn more about DB Cargo UK’s own climate-change efforts. The company has experimented with commercial deployment of hydro-treated vegetable oil (HVO) fuel in its diesel locomotive fleet.

Win, win … win, for all concerned

DB Cargo UK Chief Executive Andrea Rossi noted the collaboration between DB Cargo UK, Toyota and STVA – the specialist automotive logistics partner in the deal. He said the new facility will breathe new life back into redundant land at the Toton depot. “It’s a win-win for both STVA, Toyota and ourselves and will see us deliver an efficient and environmentally-friendly rail logistics solution for one of our most important automotive customers,” he said.
DB Cargo UK lays claim to being currently the country’s leading transporter of finished automotive vehicles. The new partnership will see up to three trains per week depart from the new facility at Toton. Each train will carry up to 230 finished cars.“Each train will carry the equivalent load of around 23 road transporters”, noted Rossi. “Our rail solution will not only reduce congestion on the UK’s road network but will also generate significantly less CO2 emissions than if they were taken by road.”

Involvement in the new Toton facility represents a step towards a greener operation for the car manufacturer too. Leon van der Merwe, Vice President Supply Chain with Toyota Motor Europe, said the company was dedicated to making continuous progress towards carbon neutrality. “This includes seeking ways to reduce emissions from manufacturing, vehicle use and logistics”, he said. “By utilising this new rail freight multimodal opportunity, we are helping to ensure our low emission hybrid electric vehicles built at our British Burnaston plant can be transported to our customers in an increasingly sustainable way”.

The UK automotive industry has been under a cloud of late. A recent report, published by the House of Lords – the upper tier of the UK parliament – was critical of slow progress on battery technology and manufacturing. However, the new Toton facility is commercial proof that the industry is willing to take the lead, even if the government is lagging behind.