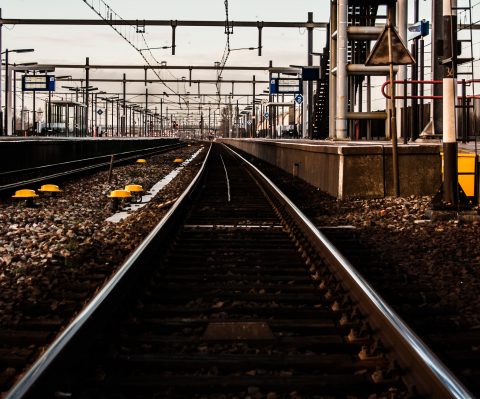 Many countries in Europe have enabled access to rail at a reduced or even nullified rate in order to support railways during the pandemic. This is great news for the railway undertakings, but not all infrastructure managers have been compensated for the loss of income. This is mainly due to an administrative backlog.

This was explained by Alberto Mazzola, CEO of the CER (Community of European Railway and Infrastructure Companies during the webinar Charging for State-Owned Infrastructure on 21 May. “In 50 per cent of the cases infrastructure managers were compensated by the member states, in other cases they just recorded losses”, Mazzola said.

The ability to waive or reduce track access charges was introduced with Regulation 2020/1429 in October last year, and although the initial deadline for this possibility is the end of June, the railway sector is currently negotiating an extension of the regulation until December 2021. This means that, very likely, most of 2021 will see reduced or no tariffs to access the railways, for freight and passenger trains.

That this possibility is not just a legal accomodation, becomes clear from the many schemes that have unfolded so far. The most recent example is Germany: starting today, 1 June, the charges are reduced by 98 per cent until the end of the year, provided that the regulation is extended. It already had in place a reduction of 50 per cent. France and Austria have opted for the complete waiver until the end of June this year. Both the Netherlands and France have planned for a 50 per cent discount in the second half of 2021. 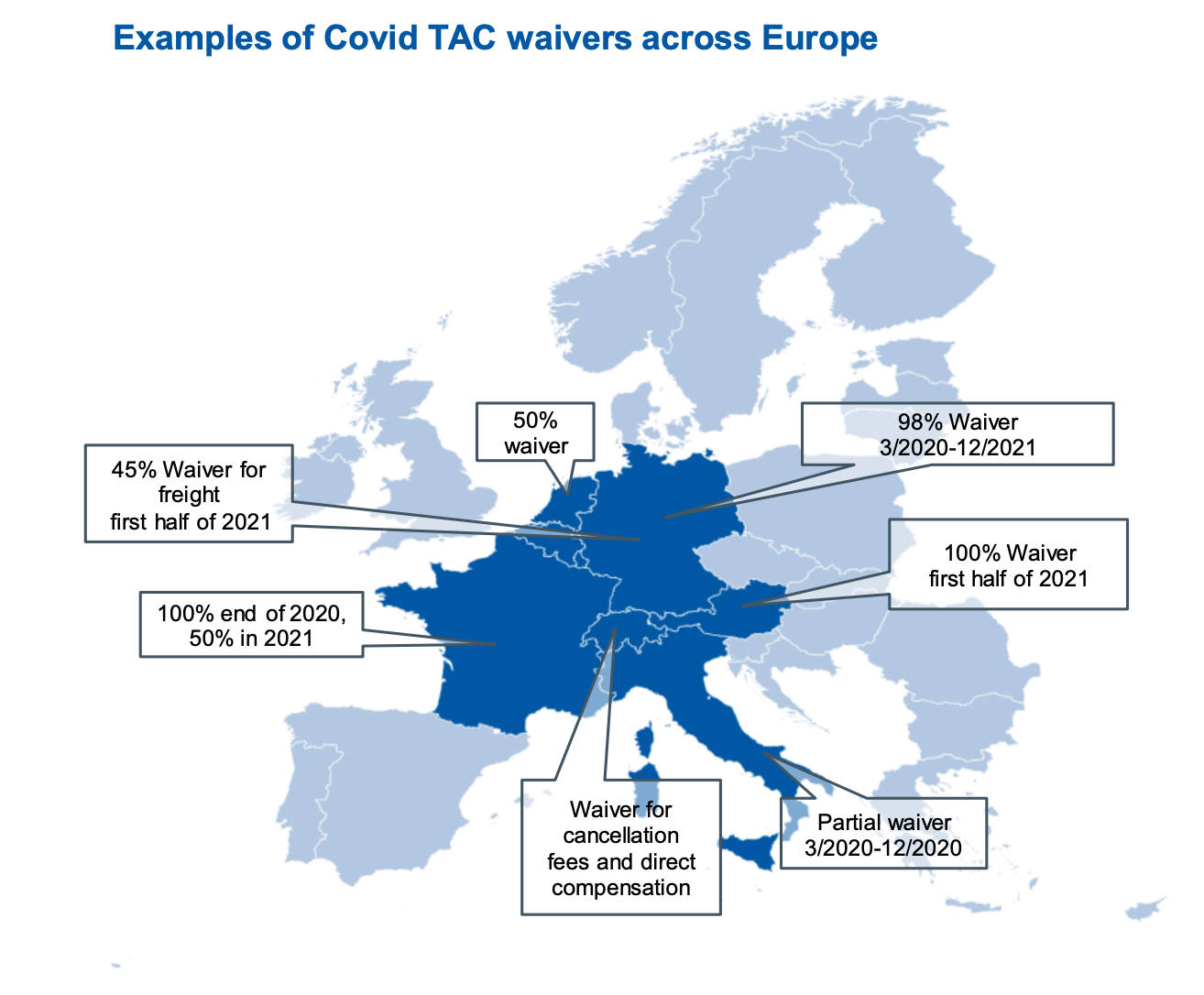 Where is the money?

Track access charges are paid to the infrastructure manager, which has the duty to manage and maintain the railway network. The ability to use the network without making this payment, or paying a lower tariff, is consequently a loss of income for the infrastructure manager. But, as the regulation stipulates, this can be compensated by the member states. During the pandemic, for as long as the regulation lasts, the governments of EU countries are permitted to compensate for the loss of income, in order to support the railway industry as a whole.

The problem is, says Mazzola, that this is not happening in all cases. Indeed, there are some cases where this has gone wrong, says also the EIM (European Rail Infrastructure Managers). This is not a matter of reluctance. Unfortunately, there are administrative hurdles in place, Mazzola explains. “If you want to reduce track access charges, you need to notify DG Competition, and ask for authorisation from the member state. This can take months.”

“We need to extend the regulation, but we also need to make it simpler”, Mazzola continues. According to him, the problem is inherent in the regulation, which is making it too complicated to apply for a discount. “The regulation should be more in line with the market requirements.”

The request for the measures’ extension was submitted to the EU Commission by CER, AllRail, ERFA, UIP and UIRR. The associations insist on keeping the regulation in action until the end of the year since the pandemic’s impact is still strong and might continue in the future. Negotiations are still going on and with this, the exact wording of the regulation is also up for review.

Losses of the industry

Compared to 2019 figures, revenues from rail freight have gone down from -3 per cent in December 2020 to 10 per cent in the first four months of 2021. Average weekly losses have been above 30 million euros per week. These are the figures extracted from CER’s rail freight customers, which represent a large part of the industry. “Many companies come out of this crisis much weaker than before, and they need support”, said Mazzola.