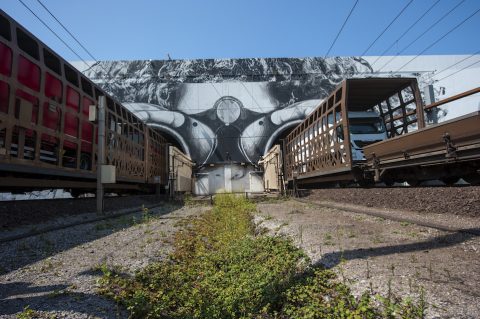 Channel Tunnel refuses to go under in Brexit era

Channel Tunnel operator Getlink recorded some record figures in the run up to Brexit. Those results went some way to offsetting a disappointing year, hit hard by the pandemic. However, unlike client passenger operator Eurostar, the infrastructure manager entered 2021 in better financial shape than the headlines may suggest.

With almost all the indices showing negative returns, year on year, there was some positive news for Getlink in 2020. The Channel Tunnel operator’s returns for the year 2020 did have some upturns, and it was freight to thank for that. Both trucks carried and trains traversing rebounded in the fourth quarter, as industry sought to stockpile before the Brexit deadline on 31 December.

Despite everything that happened in 2020, the Channel Tunnel recorded a new record for weekly traffic in December – at least in terms of the in-house operated truck shuttle. In the run-up to Brexit, more than 40,000 trucks were transported on Le Shuttle trains. In perspective, the total for 2020 was 1,451,556, nine per cent down from 2019.

The December figure was boosted by that late rush in the last quarter, where 420,017 trucks were conveyed – over 15,000 up on the comparable quarter in 2019. “Eurotunnel carried nearly 1.5 million trucks on truck shuttles in 2020”, said Getlink in a company statement. “Le Shuttle Freight confirms its place as market leader, with 39.5 per cent of market share for the year.”

The infamous troubles for Eurostar are clearly exposed in the figures from Getlink. “Eurostar saw a 77 per cent decline in traffic over the whole year and 94 per cent in the last quarter, due to travel restrictions between the UK and continental Europe”, said the Tunnel operator’s statement. “In this particularly difficult context, Eurostar still launched its direct return service between Amsterdam and London.” Perhaps the starkest indicator is the absolute number of passengers conveyed by Eurostar in the last quarter of 2020 – down from over 2.6 million in 2019, to just 170,000.

Despite shuttle revenues dropping a worrying 17 per cent, Getlink still reported receipts from that source at over half a billion euros. Overall, Tunnel revenues were down almost a quarter, at 815.9 million euros. Nevertheless, Yann Leriche, the Getlink Group CEO, was upbeat, and praised the effort to keep the Tunnel operating securely. “This year’s revenue shows the commitment of the Group’s teams, who have continued to innovate and adapt in order to continue providing excellent service to customers whatever the circumstances, particularly in regard to the COVID-19 health crisis”, he said.

Part of the Tunnel’s technological advance in 2020 was the launch of the Eurotunnel Border Pass. Of particular resonance in a year increasingly dominated by fears of administrative meltdown due to Brexit-related bureaucracy, the Pass allowed seamless passage for goods. Dubbed a virtual wallet, the Pass communicates with Eurotunnel infrastructure, allowing import and export documents to be automatically sent to the UK and French authorities when arriving at the Tunnel terminals.

Moving its own trains via its Europorte subsidiary, the Tunnel saw only a slight decrease in annual revenue. Trading was down 3 per cent to 122.7 million euros, despite a year marked by a temporary cessation of some factory activity in March and April. “The advantages of the Tunnel, namely its safety, reliability, speed, frequency and environmentally friendly status are still widely appreciated by our customers”, said the company.

One unusual and innovative revenue stream came from ElecLink. In a renewed deal with National Grid in the UK and RTE on the Continent, the Tunnel continued to convey electricity via the interconnector cable laid through the Tunnel. For more than freight, the fixed link under the Channel is indeed a superconductor.