Pictures of huge queues of trucks heading for the Channel ports of Dover and Folkestone have been all over he UK news all weekend. Now, with countries all over Europe closing their borders to UK traffic, in the wake of a new coronavirus threat, the prospects for drivers, haulage companies and clients has become even worse. Channel Tunnel shuttle operator Getlink has been forced to suspend services due to French authorities effectively closing the border with the UK

Freight shuttle services, carrying trucks under the English Channel, were suspended from 2300 on Sunday night (midnight CET). The Channel Tunnel has been completely closed indefinitely for the first time since the fire in 1996. British government advice is simple: do not travel to the Channel ports. The reason behind this is the emergence of a new, more infectious strain of coronavirus Covid-19, which has prompted national all over Europe to close their borders to passengers and, in some cases, freight from the UK.

No exemption for freight drivers but unaccompanied freight flowing

There already has been a significant build up of traffic in the UK, heading for the Channel ports. News pictures have shown queues many kilometres long, snaking back along the motorways leading to Dover and Folkestone. the Eurotunnel freight website has a stark message and company statement. “Travel from the UK into France is suspended from 23:00 UK time this Sunday”, they say. “We are continuing to provide a service from France to the UK but please check the latest travel regulations for both countries before departing. There is no exemption for freight drivers.” 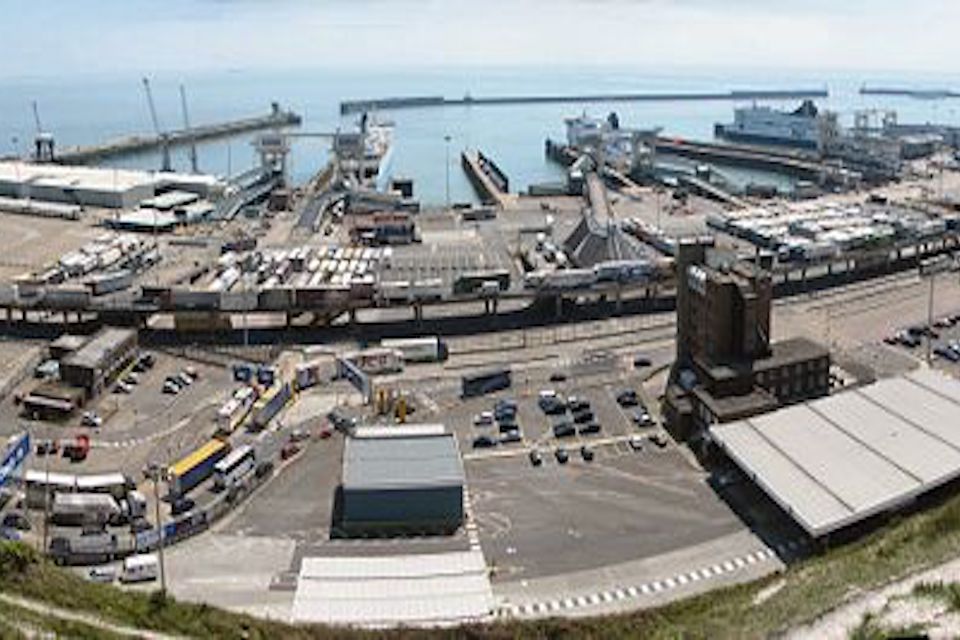 The situation is developing and it is not clear if French restriction will mean intermodal and bulk train traffic will be curtailed too. At present as of Monday morning, unaccompanied freight is still flowing – which would suggest that rail freight is able to operate without undue delay. The UK government is meeting in emergency session later on Monday.

The initial suspension is for 48 hours between France and the UK, but that may change. Outbound accompanied freight (effectively lorries with drivers) cannot travel. The port of Dover is closed to all road traffic, although ships are still sailing. It is unclear if other ports in the UK will be affected, but it would appear that bans on personnel, including freight drivers, will make trade impossible.

Media and government have been playing down any talk of shortages. They say that essential retailers, including food, will have already stocked up before Christmas. However, further supply chain disruption will cause knock-on effects, and there could be problems in the common weeks.

The issue has arisen because the UK government revealed that the UK was experiencing a wave of coronavirus infections, put down to a new strain of the Covid-19 virus. On Saturday, the government in London, and the devolved governments in Edinburgh, Cardiff and Belfast all announced new and severe lockdown restrictions. Official figures show a record number of single-day infections over the weekend.