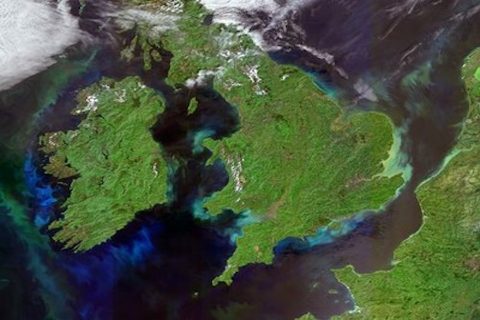 Brexit: only hours away but many miles to go

Where does rail freight stand in the new UK-European relationship? No matter which side of the Channel, Brexit Transition is upon us. In Southampton and Seville, Cardiff and Cherbourg, Glasgow and Gelsenkirchen – the result will be the same. Untying the United Kingdom from the European Union will leave everyone tied up in knots. With the prospect of paperwork, digital or otherwise, amounting to 200 million additional customs declarations, Brexit doesn’t mean an end to Brussels bureaucracy.

Negotiators between Boris and Barnier may have reached an agreement at the last moment, but cynics say that was all in the script. The trade deal between the soon-to-be-independent United Kingdom and the EU was no more than stage management, they say, and no less than to be expected. The brinksmanship however was very real, and it leaves industry and trade with very little time to adjust to the reality of third-party relations.

A song for Europe

Whatever the complexities of the trade deal, the mood music in Europe is the same as in the chorus in the UK. Both sides are in harmony, at least officially, over the positive side of the deal. “The Brexit deal offers clarity, but changes little”, says Elisabeth Post, the president of Transport en Logistiek Nederland, the national industry representative body, in an interview with Nieuwsblad Transport.

“Many transport operators have been living in uncertainty in recent years, awaiting a deal. We will be studying the agreement closely to determine the impact made on the transport sector. That does not mean that entrepreneurs can sit back. From 1 January, transport to and from the UK will definitely be different.”

UK government minister Michael Gove played down fears of disruption and the lack of preparation time, and he told the BBC that there would be uncomfortable times ahead. “I’m sure there will be bumpy moments but we are there in order to try to do everything we can to smooth the path”, he said. “The nature of our new relationship outside the Single Market and Customs Union means that there are practical and procedural changes that businesses and citizens need to get ready for.”

Logistics UK, the equivalent of TLN emphasises the scale of the challenge faced by UK industry. Their summary advice page lists 25 statutory bodies, many of whom every business trading with the EU will be required to register or collaborate with, in order to do business that, until Thursday, would have been waived through at the Channel ports.

“A deal is great news for the UK economy,” says Elizabeth de Jong, the group’s policy director, who emphasises the demands that will be placed primarily on air and road freight. “It looks as though HGVs will continue to have access to the EU market, and aircraft will still be permitted to fly to and from the EU, which safeguards the UK’s highly interconnected supply chains and protects the jobs of those charged with keeping the country stocked with the goods it needs”, she said.

Back in 2018, RailFreight.com reported that there was a lack of preparedness on both sides of the Channel. Then, only one in five Dutch firms said they were actively preparing for Brexit. The figures were rather higher in the UK, but, even in the country that have voted itself out of the EU, there remained an element of corporate disbelief that 31 December 2020 would actually come round.

Speaking back then, Roel van ‘t Veld, the Brexit coordinator of the National Office Netherlands Customs Authority, said that the impact, regardless of the deal struck, would affect companies in Europe and the UK equally profoundly. “These companies have never dealt with customs procedures and will now need to prepare for a different procedure. Where they currently need two documents for export to the UK, this will become around nine documents in the most likely situation”, he said.

Back in September, we looked at the revision of the Treaty of Canterbury – the agreement under which the Channel Tunnel operates … at least until Friday morning. The British government’s own website lists six steps to post-Brexit trade. That is, the home page of the future trade with Europe section. Any trader with Europe might care to curl up with the more than 1500-pages of official document that it will take a chartered freight train to deliver from Whitehall to the rest of the country. 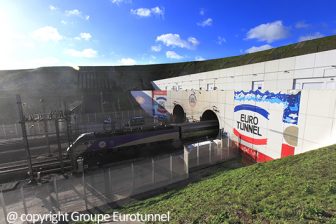 The rail industry has been largely silent on the matter. The immediate implications for rail freight are less prescient. Michael Gove may have accurately predicted 7000 truckers held up in Kent, albeit not for the reasons he stated. Nevertheless, not one of them was a train driver in their cab. Brexit has done little to disrupt rail freight, in comparison to the headaches on the highway. Economies of scale – 75 consignments in one intermodal train, and truck hauliers responsible for their loads before rolling on to shuttles – has mitigated the issues with rolling freight.

Whether or not that trick can be repeated at the ports is another matter. The no small matters of pandemics and supply chain are not going to go away, just because Brexit transition enters the game on Friday morning. What is certain is that some truckers will get left behind for the lack of the correct sheaf of new documents.

If anyone is wondering why we left Belfast out of our trading twin cities at the top of this piece – well, Northern Ireland, as it often does, dances to a different beat altogether. Let’s just hope that before enterprise trains ever run again from Ulster to Drogheda and Dublin, we are all dancing in step to an Irish jig. This agreement has some fine tuning still to do.