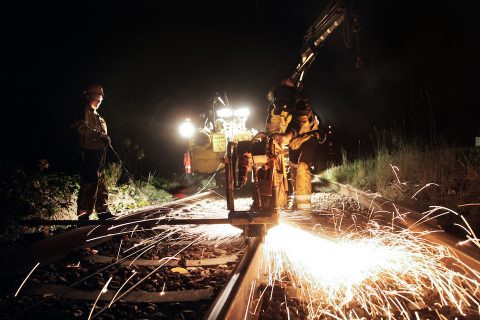 The Railway Industry Association, the trade body for UK rail suppliers, has hit back at recent reports that essential upgrades to the railways over Christmas should not go ahead. The RIA has reacted to comments made by the UK transport minister, Grant Shapps, who made remarks in a BBC radio interview last week, suggesting that the long-planned Network Rail programme of engineering works over Christmas should be curtailed to allow for a post-lock down travel rush.

The off-the-cuff remarks by the transport minister, Grant Shapps, which have not been commented upon by his Department for Transport, have caused dismay in the industry, and been roundly refuted. Network Rail were quick to assure the industry and the public that the programme of works, including a major project at London King’s Cross station, and a long list of smaller projects, would most certainly be going ahead as planned.

Most of the network will be open

Darren Caplan, Chief Executive of the Railway Industry Association (RIA), said that the work that rail suppliers deliver over the Christmas period is essential to ensuring that the railways continue to run effectively and reliably. “Despite recent reports suggesting this work is unnecessary, the vast majority of the rail network, around 95 per cent, will be unaffected by these engineering projects, and the work that does take place is vital to keeping the network moving for the future.”

Some sources independent of the transport minister, suggested that works should be brought forward, failing to recognise the intense planning that is required. “The claim that this work should have been brought forward fails to recognise that a significant amount of work has been”, said Caplan. “With over 550 million (615 million euros) of work being undertaken over the first lockdown by Network Rail and its supply chain – that’s nearly a quarter of the entire country’s capital investment activity at the time.”

Planning and thanks to workers

It can often take time to plan and get the necessary permissions to get access to railway works, noted Caplan. “All opportunities to deliver these vital schemes need to be taken when they can be.”

In an acknowledgement of the personnel who will be working again over the festive period, Caplan said that there was a debt of gratitude due.“We should all be grateful that this Christmas, whilst we are spending time with our families, railway workers across the country will be working hard, as they have done through this whole challenging year. The rail supply sector, working in particular with Network Rail, will ensure our network continues to run for the benefit of communities in all parts of the UK.”

The Railway Industry Association claims to be the voice of the UK rail supply community, representing companies employing upwards of 600,000 professionals. A promotion of them will be out on the network this Christmas, as usual.