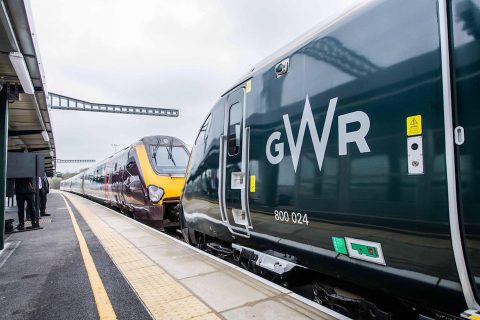 Intercity Railfreight says it now has access to more than one hundred daily express trains, operating over the length of Great Britain, and giving them access to delivery services travelling at up to 125 miles per hour (200 kph). Primarily, ICRF expects their branded Medi FastTrack service to benefit.

Agreements have been sealed with operators including the East Midlands, Great Western and
CrossCountry franchise networks, which gives ICRF access to markets from Aberdeen in the north, to London and Penzance in the far south west. They say that helps them reach areas that are generally difficult for road-based couriers to reach. Access however to Aberdeen is restricted until mid-November, due to ongoing rebuilding work after the August derailment at Stonehaven.

Better known for high-speed delivery of high-end fresh produce, such as seafood from Cornwall to London, ICRF sees growth in temperature controlled and time-sensitive medical supplies as its best current opportunity.“One of the few positive outcomes of the recent pandemic has been the opening up of the rail network for fast and frequent delivery services”, said founder and managing director Jeff Screeton.

The concept of passenger train logistics deliveries is, of course, as old as the railways. Although largely abandoned in the UK at the time of privatisation in the 1990s, several companies have been working to bring this aspect of freight operations back to the rails. The former public owner of the network – British Railways – operated a popular parcels service called Red Star, which fell through the fragmentation process of privatisation. At about that time, the Royal Mail – itself since privatised – had ordered a fleet of EMUs specially designed for light goods and parcels services. This units still run on some bulk mail transfers between UK centres.

Screeton, who will celebrate ten years with ICRF this year, says they are still developing their business model to better serve the current market. “We are currently working on a modular approach”, he says, “to the movement of time-sensitive, fragile and perishable freight using specially designed intermodal pods that can accommodate frozen, chilled and ambient consignments – all in the same pod.”

Suppressed passenger demand has also meant that unprecedented capacity is available. Screeton says that train operators are now prepared to accept anything from single shipments up to entire lorryloads. “In our ten years of operations we have never experienced traffic growth on this scale, and with the help of our train operator and courier partners, we are responding in kind to our expanding customer base.”

Looking beyond the necessary response to today’s pandemic, Screeton says the railways answer the need to bring goods from out-of-town distribution centres into city centres. ‘Our rail lines already reach into stations located in the heart of the city.”

There are several schemes in progress, including ICRF plans, to bring zero-emissions vehicles to the trackside for ‘last mile’ delivery. Some more experienced readers may remember the fleet of British Railways electric tractors that did that very job. However, vastly improved technology means that sixty years on from that fleet, a new generation of delivery vehicles could soon be on our streets, and platforms. “Let’s set ourselves the challenge of investing in new freight technology and joined up logistics”, concludes Screeton.