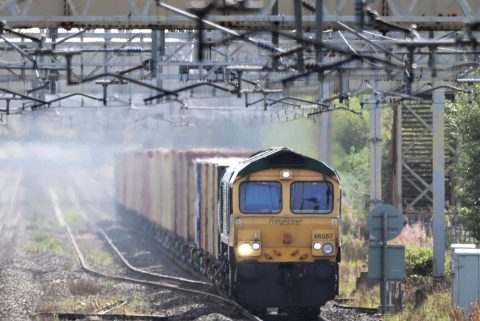 The planned electrification of the entire UK rail network will also need significant capacity enhancements if rail freight is to take full advantage. The sector is ready to make the switch from diesel to electric traction, if there is room for more trains to run. Industry insiders speak up in an exclusive feature report for RailFreight Live, broadcasting this Friday.

Network Rail, the government-backed infrastructure management agency, has revealed plans to make the entire UK railway network carbon-zero by the year 2050. That commitment comes in response to a government initiative to decarbonise the wider economy, by that time. Transport has been targeted as a key sector, with rail identified as the most tangible way of achieving that goal.

The UK prime minister Boris Johnson has said that the as part of the recovery from the coronavirus crisis, he wants to see Britain’s economy rebalanced and in his words, build back better than before. That statement though pre-empted work already underway by Network Rail, to plan for the massive task of electrifying almost 12,000 single-track-kilometres of railway, representing more than half of the existing network.

For rail freight operators, this represents an opportunity to plan ahead with confidence for the eventual change of traction. The last time there was anything as radical in the pipeline, was the so-called Modernisation Plan of 1955, which called for the retirement of all steam traction in the UK in just over ten years.

The rail freight sector has broadly welcomed the opportunity to reassess their businesses, and move decisively towards carbon-neutral operations. “We already have electric, bi-mode and even tri-mode locomotives, that run on diesel, overhead wires and even third rail power supply”, said Steve Turner, a regional manager for GB Railfreight. “Some of our fleet is already internationally operational, compliant for the Channel Tunnel, so we can look at running trains into France. Rail freight is the future and it is not just about the domestic market. It is not just the South of England ports like Southampton and Felixstowe that will benefit from electrification.”

“Rail freight delivers a significant carbon saving over road transport of something like seventy-six percent”, senior manager Simon Parsons of government-backed trade body Scottish Development International tells RailFreight Live. “What we see across the economy is a real drive from industry to move to a zero-carbon footing, and there is a real opportunity for manufacturers to get their goods on to an electric railway.”

Pathing though remains an issue. Without additional installed capacity, there will be no room for rail freight to take advantage. According to industry sources quoted in the report, there are already some thirty electric locomotives in store in the UK, ready to be deployed.

Eddie Pollock of Direct Rail Services, who have already run bi-mode electric trains between England and Scotland, says more capacity is vital to unlock the full freight potential of an electrified network. “The importance of Central Scotland to deliver intermodal traffic to the network is vital to both sides of the border”, he says. “An extra cross-border route will provide paths that will otherwise be swallowed up by developments like HS2.”

In Friday’s programme, available online from 1pm (CEST), or 12pm (UK), there are a range of views are put forward by representatives of major UK rail freight operators, government spokespeople and insiders. If Network Rail and their contractors are to deliver Britain’s new electric railway within the planned schedule, they will need to assemble at least as big a coalition to cooperate on the mammoth task. 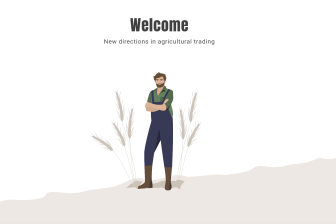