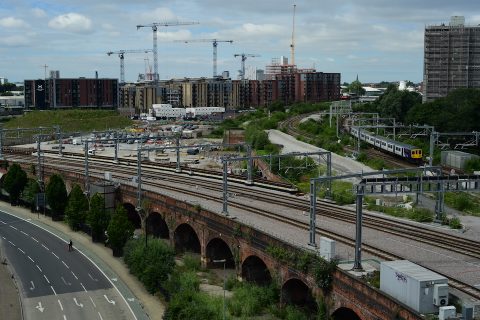 The Railway Industry Association (RIA), the representative voice of the UK rail supply industry, has launched the next stage of its lobby campaign, calling on the UK government to speed up rail enhancements and invest in the future of the sector.

Darren Caplan, the chief executive of the RIA has written an open letter to UK chancellor of the exchequer, Rishi Sunak, and to other government ministers. Caplan has urged them to invest in the rail industry as a central plank of the UK post-coronavirus economic recovery programme. The letter, delivered today (6 July) pre-empts the chancellor’s planned announcement speech on Wednesday, in which he will detail the government’s ‘Build Back Better” programme.

The chancellor is expected to aim his recovery package at creating jobs in industry, with an emphasis on bringing young people into the workforce. This may play well to the needs of the rail freight sector, which has traditionally relied on recruiting young people into long term careers. If support materialises for a huge expansion of apprenticeships, that would encourage the rail supply sector, at a time when calls for network expansion are reaching a crescendo.

The RIA has been pursuing the government to move forward its own Rail Network Enhancements Pipeline programme, which includes projects specifically aimed at freight provision – such as the Cumbrian Coast upgrade to the so-named ‘Energy Coast Line’, serving the nuclear fuel reprocessing industry; and for additional freight path provision on the Great Western Main Line between London and the West of England and the South of Wales.

Reinforcing the points made by the RIA on RailFreight Live last Friday – and available to view here – Caplan has made the chancellor aware of the wider economic benefits of a healthy rail industry. “We urge the Government to fast track and fund these projects through the Rail Network Enhancements Pipeline and to provide updated information on the timeline of these schemes.”

The economy is crying out to be rebooted, says Caplan. “A plethora of rail schemes [are] ready to go. Fundamentally we are calling on the Treasury to accelerate and fund delivery of these enhancements projects as soon as possible, ensuring they play a key part in the UK’s future economic strategy.”

In a supportive development, the government’s infrastructure agency Network Rail, announced last week that they would make it easier for more businesses to enter the rail supply industry by opening up their standards protocols to business at large.

Kate Jennings, who is policy director at the RIA, welcomed the initiative. “This move was a key commitment of Network Rail’s SME Action Plan published last year and of their Open for Business programme. It will provide a significant benefit to businesses in the rail supply industry, particularly SMEs and new entrants in the sector, by removing a major barrier to entry for those looking to get new products and services into the rail market.”

RIA chief executive Caplan concluded by reminding the chancellor of the readiness of the rail industry to respond to the current crisis and contribute to a green UK economic recovery. “We urge him to speed up rail enhancements, to benefit UK plc, its communities and long-term connectivity.” 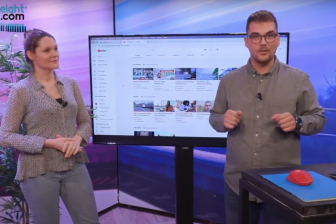