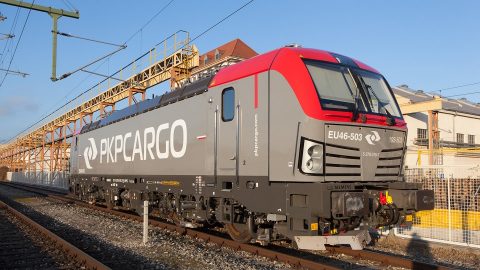 After strengthening its position on the Baltic-Adriatic corridor, Polish rail freight operator PKP Cargo intends to increase its activities in Romania. This will support its ambition of becoming a leading firm in the so-called Three Seas Corridor that connects the Baltic, Adriatic and Black seas. PKP LHS, another Polish rail freight operator, has its own plans and developments regarding neighbouring Ukraine.

To reinforce its presence in Romania, PKP Cargo is willing to purchase three railway companies in the Balkan country. Vest Trans Rail, Ferest Logistics and Romcargounit, which are connected by common shareholders and business operations, could become the potential subsidiaries of the Polish company. Both parties have just started negotiations on the conditions of the deal, not disclosing a deadline for a deal.

“The start of negotiations is a part in implementing the PKP Cargo’s strategy for abroad expansion in 2019-2023 in ​​Central and Eastern Europe”, PKP Cargo said in a short official statement. It is worth to note that last year the Polish company purchased a small Slovenian transport company. The deal granted PKP Cargo access to the Slovenian rail freight market and especially to the port of Koper, the country’s single commercial harbour.

PKP LHS is another Polish rail freight operator that keeps an eye on the Black Sea route. However, the company’s opportunities are restricted by the technical features of the line it operates. PKP LHS manages and provides freight transportation on the 394-kilometre dedicated freight railway with a broad gauge of 1,520 millimetres (Poland mostly use the standard gauge of 1,435 millimetres). This line runs from Hrubieszów station on the Ukrainian border to Euroterminal Slawkow in the vicinity of Katowice.

As a result, PKP LHS is bound to cooperate with countries using broad gauge. Thus, in April this year, the Polish company together with Ukrainian Railway (UZ) launched a container block train running between Nyzhniodniprovsk station in the central eastern part of Ukraine and Slawkow.

The railway junction at Nyzhniodniprovsk has several rail feeder connections (to Zaporizhzhia, Nikopol and Mariupol). It is also linked by other container services of Ukrainian Railway with the Black Sea ports of Odesa, Chornomorsk (former Illichivsk) and Pivdenny (former Yuzhny).

PKP LHS is also talking with the Ukrainian side about launching a direct connection from these ports to Slawkow. Moreover, the Polish company tested the multimodal service (rail-ferry-rail) from Slawkow to Iran via Ukraine, Georgia, Azerbaijan.