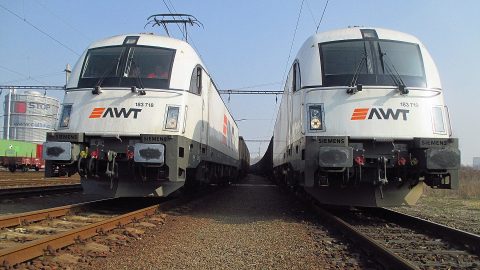 Czech freight operator Advanced World Transport (AWT), subsidiary of Polish PKP Cargo, has purchased Slovenian transport company Primol-Rail. The deal allows the Polish mother company to strengthen its position in Slovenia and to increase the number of shipments on the Baltic-Adriatic corridor.

AWT acquired an eighty per cent share of Primol-Rail. The deal was concluded on 6 December in Ljubljana. It opened new options for AWT and its mother company PKP Cargo on the Slovenian rail freight market. Previously, the Polish group operated freight trains to the Slovenian border, where the cargo was transferred to a local carrier. Now, PKP Cargo needs only one multi-system locomotive to operate trains from Poland to the Slovenian-Italian border and to the Slovenian port of Koper, the largest container port in the North Adriatic region.

“We are delighted with the acquisition of shares in the Slovenian partner. It is a response to the recently adopted strategy of the PKP Cargo Group, where we focus on acquisitions in foreign markets and on increasing our involvement in transport between countries of the Three Seas initiative’, CEO of PKP Cargo Czesław Warsewicz noted.

Primol-Rail is a newcomer on the Slovenian rail freight market. The company was incorporated in August 2016 and obtained a license for rail freight operations only in January 2017. Before the deal, it was a partner of AWT and PKP Cargo. The vast majority of rail freight operations in Slovenia is provided by the state-owned carrier SŽ-Tovorni promet. In 2017, the operator handled 20.96 million tonnes, accounting for 98 per cent of the total cargo traffic in the country.