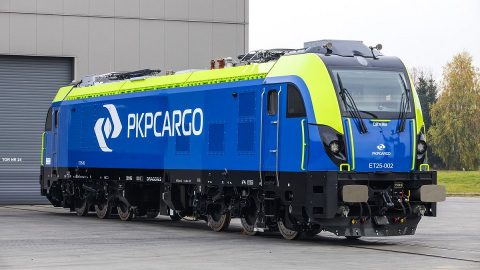 PKP Cargo, EU’s second largest rail freight operator, has ordered 31 electric six-axle locomotives from Newag, a Polish rolling stock manufacturer. 24 vehicles will be a dual-system while the remaining seven units will be equipped with a diesel access module. The new deal is a part of the company’s strategy to modernise its fleet.

The contract between PKP Cargo and Newag was signed on Wednesday, 17 September. It is worth 518.9 million Zlotys without VAT (circa 120 million Euros). According to the agreement, Newag will deliver the first locomotives in the fourth quarter of this year. The first batch will consist of seven vehicles with a diesel access module.

Another 12 units will be supplied to PKP Cargo in 2021 and the same quantity will be provided in 2022. The contract also includes the delivery of software necessary to operate the locomotives and sets of spare parts. Moreover, Newag will train and authorise the personnel of PKP Cargo to operate and maintain the vehicles.

The new order is the second deal between PKP Cargo and Newag. At the end of October 2018, the Polish rail freight carrier purchased three electric locomotives Dragon 2 from Newag. The Polish rolling stock manufacturer delivered the vehicles in a very short period of time since the locomotives have been already assembled. The first Dragon 2 locomotive was entered into service on December 2018.

As a result, PKP Cargo became the first operator of this type. It is worth to note that Newag has developed the Dragon locomotives since 2009. However, the Dragon 2 locomotive was manufactured only in 2018. Compared to its predecessor, the upgraded type is fully compliant with Technical Specifications of Interoperability (TSI 2014) and is equipped with ETCS level 2 safety system.