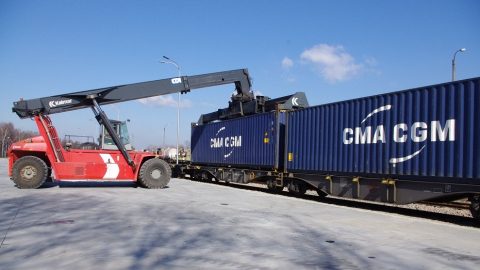 Container traffic between Poland and the Slovenian port of Koper has reached a new milestone. In 2018, Baltic Rail delivered 13,464 TEUs of goods, demonstrating a volume increase of 30 per cent compared to 2017. This year, the freight forwarder intends to maintain the growth of the container traffic at the same level.

Baltic Rail operates freight services between Wroclaw, Katowice and Koper. “341 trains were dispatched in 2018. We have seen a 30 per cent growth during 2018”, the CEO of Baltic Rail Stephen Archer said to RailFreight. According to him, all types of cargo showed volume increase on the Wroclaw – Katowice/Ostrava – Koper route. The main share was secured by the electronic and automotive industries.

“We continue to serve high-value cargo shippers wishing to access the centre of Europe as fast as possible. Electronic and automotive sectors dominate our import traffic but there many other products. Food and drinks, healthcare, industrial materials and forest products are all sectors which are increasingly seeing the benefits of faster delivery using Adriatic ports”, Stephen Archer commented. 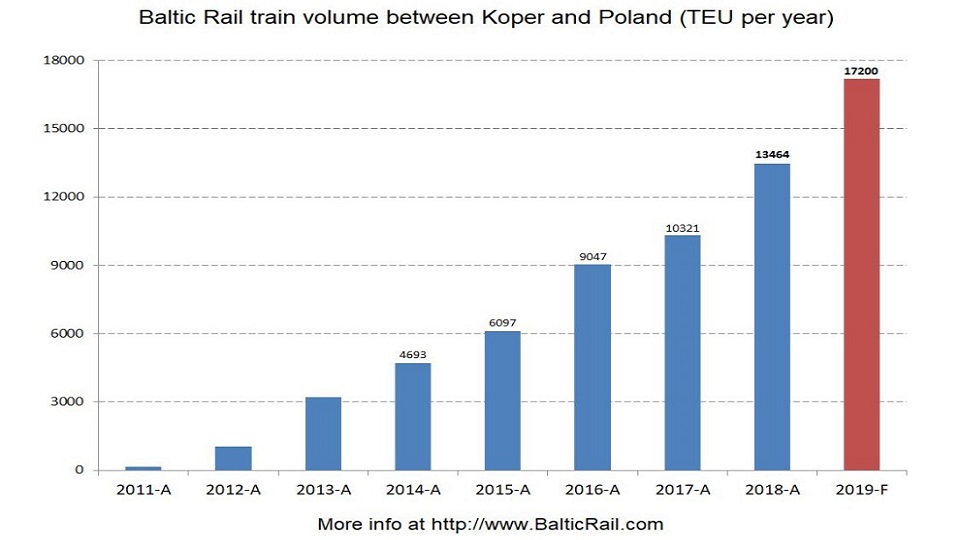 Container volume between Poland and Koper in 2011-2019, source: Baltic Rail

In terms of export, the 2017 trends maintained in 2018. “The growth in export traffic from Polish factories moving towards the Middle and the Far East has been the most pleasing development during 2018”, Stephen Archer specified. However, import showed some new trends, including more activity of Japanese companies. “Korean producers have long used Koper as an entry point for Central Europe. 2018 saw great interest from the Japanese industry with similar objectives”, the CEO of Baltic Rail commented.

Baltic Rail forecasts that the volumes will continue to increase this year and container traffic will reach a figure of 17,200 TEUs. “We have planned for further growth of 30 per cent during 2019”, Stephen Archer declared. To catch up with the increase of container traffic, Baltic Rail has already invested in the acquisition of new wagon sets. “Achieving this growth will require a lot of hard work and investment”, the company’s CEO summed up.