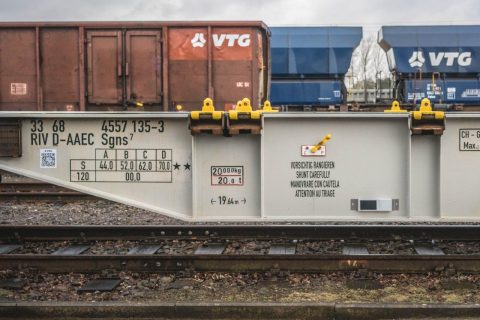 Railcar leasing company VTG has completed its acquisition of Nacco Group. Per 1 October, its fleet of wagons increased from 11,000 to 94,000.

The takeover was first announced on 1 July 2017. The complete acquisition includes all shares in Paris-based CIT Rail Holdings (Europe) SAS, the owner of the Nacco Group, which in turn is part of the American CIT Group. The relevant antitrust authorities approved the acquisition at the end of March 2018, subject to certain conditions. Part of the fleet had to be sold to a bidding consortium.

These conditions have been met with the sale to a consortium comprising railcar leasing firm Wascosa AG (Lucerne, Switzerland) and publicly traded Aves One AG (Hamburg). The transfer of around 4 000 tank wagons to this company was completed on 1 October. This paved the way for the formalisation of the VTG purchase.

“The Nacco takeover will strengthen our market position in Europe for a long time to come,” says Dr. Heiko Fischer, Chairman of the Executive Board of VTG Aktiengesellschaft. “That’s why we are pleased to finally be able to close out the transaction – despite the reduced scope – and to reinforce our position as a potent, forward-looking partner for rail transportation.”

Like VTG’s existing European fleet, the Nacco railcars too will be fitted with VTG Connectors in the years ahead. The key markets for this fleet are the UK, Scandinavia, the Netherlands, Belgium, Austria, France, Italy and Eastern Europe.

Depending on the capital investments Nacco has continued to make in 2017 and 2018, VTG expects its new acquisition to add extra revenue of around 85 million Euros and extra EBITDA (earnings before interest, taxes, depreciation and amortization) of roughly 70 million Euros in 2019 (before transaction and integration costs).