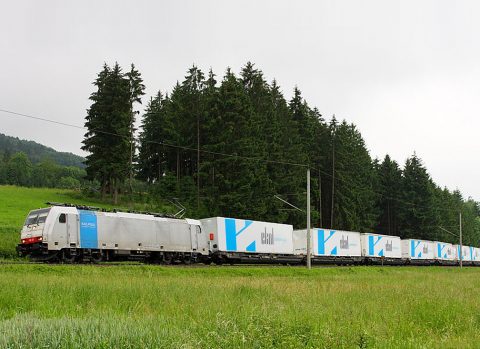 The French arm of Turkish-owned logistics specialist Ekol has strengthened its rail freight infrastructure with the opening of new branches in Paris and Lyon.

Additional rail services in and out of the French capital could soon be made possible by the new Paris branch, while the Lyon operation will also handle national and international distribution and could also pave the way for new services.

Tugrul Sankhaya, Country Manager for Ekol France, said: “One branch in Paris will mostly be concentrated on national and international distribution. It will also the manage the railway connection between Paris and Sete and develop even more connections with the north of Europe. The facility has a 1,600 square metre warehouse, truck parking for 20 vehicles and a heavy truck garage that could facilitate the maintenance of trucks.”

New connections are also planned via the Lyon branch, which will act mainly as a freight forwarding agency, and absorb traffic flow from all directions. It will also be specialised in cross-docking operations and express services, and have its own customs clearance facility. “The goal of Ekol in Lyon is to create new traffic lines to eastern and southern countries in Europe,” added Sankhaya.

Ekol has operated in France since 2012 and last year its operations had a growth rate of around 90 per cent. Since last year it has also been operating an important rail service between Paris and the southern port of Sete. Ekol sees this service as a major step in the development of a north-south European corridor and ultimately onto northern Africa. Run in conjunction with VIIA, the service uses high-capacity ‘mega’ P400 trailers, which are 4,000 milimetres high, a full 14 centimetres higher than those on the commonly-used P386 routes across Europe.