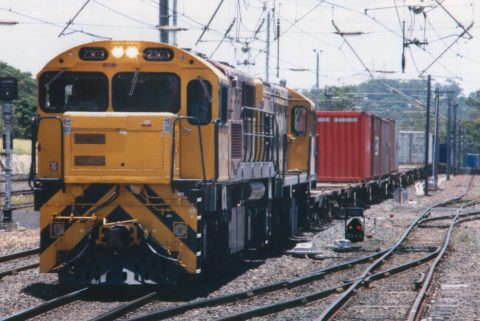 Australian’s largest rail freight company Aurizon has announced to sell its intermodal freight business in Queensland, as well as cease its interstate intermodal freight operations. Binding agreements for the sale have been made with Linfox and Pacific National, both established in Australia. The agreement is worth 150 million Euros.

Aurizon made the announcements on Monday, explaining that the exit was the right response to ongoing losses of the intermodal business. The sale will enable Aurizon to focus on its heavy rail haulage operations and rail infrastructure management. Earlier, the company had looked into alternative options, such as  joint ventures or retention of the business. Therefore, the announcement came as a surprise to business leaders in the industry.

The deals are currently subject to approval by the Australian Competition and Consumer Commission and the Foreign Investment and Review Board and are expected to be finalised by the end of June, 2018. According to media reports, the transactions have a value of 220 million Australian Dollar (150 million Euros) and include the transfer of around 380 employees as well as assets, commercial and operational arrangements. Linfox and Pacific National benefit from the purchase as it enables them to increase scope and scale of their own operations.

The intermodal business Aurizon operates outside Queensland will be closed by December this year.  While employees of the Queensland business will be transferred, the closure of the interstate business results in the loss of 250 jobs, for which Aurizon is criticised by several parties.

Interstate operations consists of around five return services per week between Brisbane, Sydney, Melbourne, Adelaide and Perth. In the 2017 financial year,  2.9 million tonnes of freight was carried along the route. Competitors in the industry are likely to take advantage of the vacuum that is to be created once the closure is finalised.