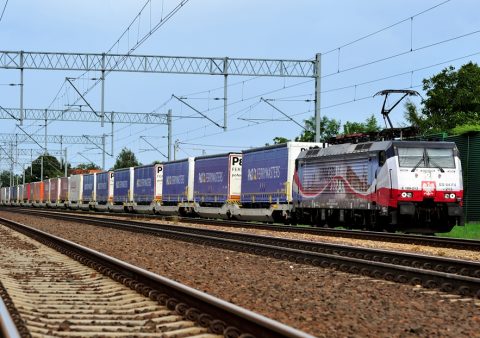 P&O Ferrymasters has set its sights on developing rail solutions into Italy and eastern Europe with a new appointment. Mark Timmermans has taken up the role of Trailer Operations General Manager with the pan-European logistics provider

Effective from 1 February, Mr Timmermans will be charged with the responsibility of strengthening the company’s major growth plans in its Assets Division, where Intermodal Director Wim Blomme was previously responsible for both container and trailer-fleet operations. Mr Blomme will now focus on the division’s rapidly expanding intermodal activity.

Mr Timmermans will take charge of developing rail trailer business across Europe. As well as building P&O Ferrymasters’ market share in established western European markets, he has been tasked with driving growth in emerging areas, notably by utilising rail solutions into Italy and Eastern Europe.

P&O Ferrymasters and the Transmec Group recently extended a 14-year collaboration with the official opening of a major new private intermodal terminal in Oradea, Romania, managed by their jointly-owned company Intermodal Vest. It provides a dedicated facility for environmentally-friendly intermodal links between western and eastern Europe. The companies launched a Belgium-Romania service two years ago – initially via the public Romanian railhead in Curtici – and added an Italy-Romania route in June after acquiring the Oradea operation.

Danilo Montecchi, Managing Director of Transmec, said: “The Oradea initiative extends a proven partnership with P&O Ferrymasters and takes our service offering to new levels. Customers can now benefit from a dedicated hub that provides a price-competitive and eco-friendly gateway to important growth markets.”