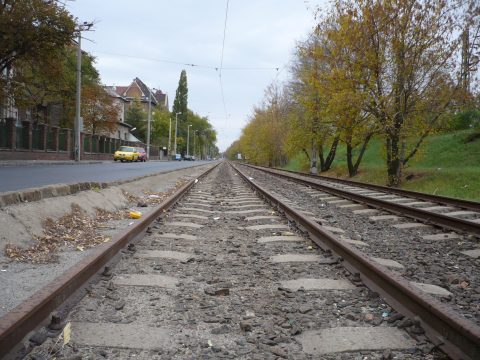 The railway line from the Romanian port of Constanta to the Hungarian capital Budapest opened in early June, operated by Grampet Group. The opening was a fact with the first shipment from Guiyang in China to Europe and is part of the Middle Corridor. The new line shows Romania’s determination to become an emerging gateway to Central Europe.

This was reported by Romanian media site BURSA.ro. The shipment departed from Guiyang, loaded with 41 40-foot containers, and was routed through China to Kazakhstan, headed for the Caspian Sea. It crossed the sea to Azerbaijan and proceeded by train to the Georgian port on the Black Sea. Here, it crossed the sea to Romania, and it was finally delivered to Hungary.

Grampet Group is the first European company to join the Trans-Caspian International Transport Corridor Association (TITR), which oversees the operation of the entire Middle Corridor. In September 2018, the group officially joined TITR. In June 2019, it signed a memorandum of understanding with Kazakhstan’s state shipping group NMSC Kazmortransflot LLP to open regular connections between the ports of Constanta and Batumi. In the company’s view, joining TITR is a historic step for Romania to strengthen its position on the international logistics map.

The company said it was working on addressing some of the logistical challenges along the way, such as transit times between Constanta-Kurtic and stopovers at Kurtic customs. “Our service is able to transport goods from the Port of Constanta to Budapest within 48 hours”, the company emphasised. “In the current economic and geopolitical context, the Middle Corridor is a priority, and I hope Romania can take full advantage of it.”

The Port of Constanta is located on the coast of the Black Sea and is an important node for goods on the Middle Corridor to enter Europe. The port is facing severe congestion due to surging cargo volumes. For the smooth distribution of goods to all parts of Europe, many companies are researching related solutions.

For example, the Romanian branch of COSCO Shipping is closely watching the possibility of opening a container service between the Greek port of Piraeus and its Romanian terminal. The head of the company said that the rail transport service to and from Piraeus will simplify container transport, with trains arriving in two or three days and further connecting to Bucharest, Ploiești or Arad terminals, among others.