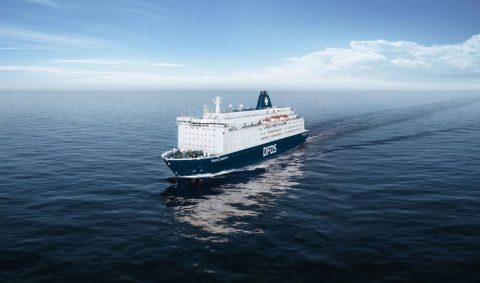 Another multimodal link from Turkey to Germany, this time via France

A new rail-sea connection from Turkey to Germany is in the pipeline. DFDS/PrimeRail is about to launch a rail freight service from Sète in France to Cologne in Germany. DFDS already operates a regular ferry line from the port of Yalova, nearby Istanbul, to the French portal city. The addition of the rail freight service offers a new, alternative connection from Turkey to Cologne.

The multimodal connection is planned for two roundtrips per week, with a third one on the horizon. The company is also preparing to launch a connection from Sète to Calais, with a bid to connect Turkey to the UK. This was reported by the Turkish news site Denizhaber.

Sète as a multimodal hub

Sète is well on the way to increase its presence on the intermodal map. A new multimodal terminal is under construction, scheduled to enter service at the beginning of 2023. This terminal will also be able to accept non-cranable trailers, a huge advantage as it will enhance the possibility of shifting cargo from the road onto rails.

Last August, the port authority said it wants to significantly increase the percentage of freight leaving the port on trains. This matches the ambitions of DFDS/PrimRail, which wants to expand its multimodal activities and rely more on rail. In doing so, it has its eyes on Sète as a transshipment hub, to which it now operates three ferry services per week.

The new, alternative route to the middle of Europe is also interesting considering the recently increased interest in the Middle Corridor; the route connecting China and Europe via Turkey. Companies that do not wish to transit cargo through Russia are looking for transport solutions via the Middle Corridor, and from Turkey onwards to Europe.

From Turkey, overland as well as rail-sea routes are available. Multimodal routes run for example via Trieste, or Sète. Do you want to hear more about the Middle Corridor? RailFreight.com organises a webinar about this route today at 10am. You can register for this webinar free of charge here.