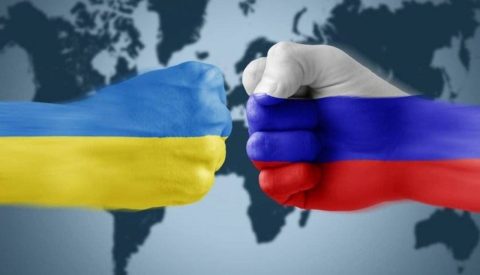 Ukraine-Russia crisis: this is what Chinese operators say

With the escalation of Russia-Ukraine conflict, the Xi’an-Ukraine-Hungary connection is planned to be diverted to Poland, while the direct route from China to Kiev, the capital of Ukraine, is still operating.

“From late this March, all the trains from Xi’an to Hungary will be redirected to Malaszewicz. The original route passes through the territory of Russia and Ukraine, but now we are worried about the possible disruptions”, Xiao Zhang, Vice President of Xi’an International Inland Port Multimodal Transport Co. explained to RailFreight.cn on 23 February.

Do you want to follow the live blog with updates on Ukraine and rail freight traffic? You can do it here.

The service, known as the Central and Eastern Europe Express, usually starts its journey from Xi’an to the Ukrainian city of Chop and reaches its destination Budapest. It has been operating steadily for two years due to brisk demand in the market, and the Xi’an platform company plans to increase its frequency from twice to three times a week in the future.

However, given the current situation, the train will be temporarily rerouted. “The cost of rerouting to Poland will definitely increase, and the transit time will be at least 3-5 days longer than before due to the extra distance,” Zhang continued, “but we will change it back whenever the power game over there is done.”

At the same time, the direct train from China to Kiev is still up and running, according to the Chinese operator. “Our train from the Chinese city of Changsha has just arrived in Kiev on February 18th, followed by two more trains that have left Mongolia in the same direction”, Ying Li, General Manager of Eastline said. “There are problems with the railway operation in Donetsk and Luhansk in Ukraine, but the China-Kiev train entered the country via Sumy oblast and was not affected. Russian Railways also confirmed that everything is working in its railway system.”

Meanwhile, RailFreight.cn also contacted the platform company of Hunan (the province where Changsha belongs to) to confirm the current status of the trains to Kiev. The company’s general manager Chaohui Xia explained that due to lack of demand, Changsha – Kiev service had to be temporarily suspended since Chinese New Year. “Now we apply the approach of subcontracting, which means the companies who have sufficient volumes will operate the service on their own. We do have the intention to re-launch the service, but we will take the current conflict situation into account.”

The conflict between Russia and Ukraine continues to heat up, and many New Silk Road shippers have expressed their concerns. Will the train services become victims under fire? From the information gathered by RailFreight.cn, most of the industrials seem to be optimistic.

“Personally speaking, I don’t think the Russia-Ukraine conflict will have a substantial impact on the New Silk Road, the number of trains transiting Ukraine is very limited, which in fact is the case in the last decade. Most of the trains are sent to Germany, since there is no advantage of transiting Ukraine in terms of distance and cost”, Jet Young from Nurminen stated. “The possibility of a large-scale war between Russia and Ukraine is unlikely, and even if that happens, the main route via Mala-Brest won’t be cut off. Even during the Cold War, trains were still running on the corridor.”

Harry Cai, director of European distribution and e-commerce of Colorfone (a regular Dutch shipper on New Silk Road) also showed his optimism:“ We are not concerned at all. Anyway there will always be alternatives available.”

Click here to read the original story in Chinese

1 comment op “Ukraine-Russia crisis: this is what Chinese operators say”

The current operational situation of China-Europe Railway is not affected by the current developments in Ukraine.
We are monitoring the situation closely and in constant exchange with all our partners as well as the German authorities.