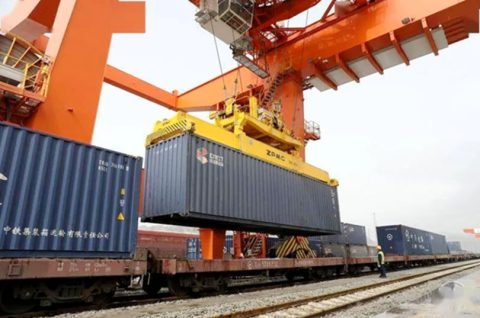 Since the year’s start, the Kazakhstan branch of RZD Logistics sent two dedicated trains with agricultural products to China. The two trains carried 124 40-foot containers from Bayserka station near Almaty to Wuwei in China’s Gansu Province. Their transit time was four days.

“Thanks to the competitive rates and high quality of service, customers have expressed a strong interest in this service, and we will do our best to keep offering it in the future,” said Zhasulan Aliyev, director of the Kazakhstan branch of RZD Logistics.

However, China is not the only focus area since RZD looks at the direction of Turkey as well. Being one of the biggest producers of agricultural products globally, Kazakhstan has the needed capacity to export them to many big markets, so we could see trains launched towards Turkey quite soon.

The first train of imported flaxseed from Kazakhstan arrived at Lanzhou on 15 January 2020. It was then transported directly to the Lanzhou Grain and Oil Group’s refinery to cover the demand for cooking oil in the northwest during the Chinese New Year. In June 2021, the first grain train full of barley from Pavlodar, Kazakhstan, arrived at the Zhangye Station in Gansu Province, where it was processed into malt for beer.

The latest two trains heading to Wuwei were pilots for RZD Logistics. However, they will not be the last, since as mentioned the Russian Railways subsidiary sees much potential in this field. “This route is tailor-made for our customers, and we are planning to send 6-7 more trains before the end of February,” concluded Aliyev.