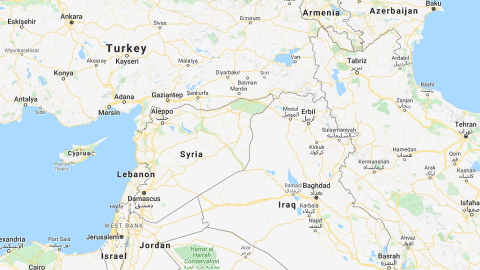 After eight years of bloody civil war, the government of the Syrian Arab Republic wants to reconstruct the country’s infrastructure and recover its economy. One of the possible solutions could be cooperation with China. The Syrian President Bashar al-Assad even declared the intention to join the Belt and Road Initiative as well as New Silk Road transport routes.

“There are mutual interests: it is beneficial to China, Syria and all the countries on this route. We have started this year a serious dialogue with the Chinese government on how Syria can become part of the New Silk Road. At present Syria is not on the route; there are different routes and Syria is not on them”, the president said in a recent interview to China’s Phoenix Television.

To realise this ambition, the Syrian government must repair the country’s infrastructure, which suffered from military activities. “We have proposed six infrastructure projects to the Chinese government in line with the Belt and Road methodology and we are waiting for the Chinese to determine which project, or projects, is in line with their thinking. I think when this infrastructure is developed, with time, the Silk Road passing through Syria becomes a foregone conclusion because it is not a road you only draw on a map”, the president of Syria noted.

It is worth to add that Russia, in its turn, has already done some infrastructure proposals to the government of Bashar al-Assad. It plans to invest 500 million US dollars (450 million euros) in the rehabilitation of the Syrian port of Tartus. Currently, this is used by Russia as a naval base. In the future, this port will handle commercial freight, especially grain. “The Russian side intends to relaunch the old port and build a new commercial port,” Deputy Prime Minister of Russia Yury Borisov told Interfax News Agency. According to the official, his country also plans to modernise some existing sections from/to the port of Tartus as well as construct brand new ones in order to connect Syria with Iraq.

Syria has a railway network of over 2,400 kilometres with European gauge (1,435 millimetres). Before the outbreak of war, the country was connected by rail with Turkey and Iraq. In terms of rail links to China, there are two possible solutions for Syria. The most realistic one is via Turkey and the Middle Corridor.

The second possible route is via Iran but it requires the construction of new railways from Syria to Iraq and from Iraq to Iran. However, both options have two main obstacles – damaged rail tracks and partition of the country. The government of Bashar al-Assad still does not control the northern and eastern parts of Syria.

The prospect of the Silkroad in Syria 2 months ago didn”t took account of the pandemic situation following Coronavirus excluding China of international relationship for a while. That’s why China could take opportunity to put a pressure on the Syrian leader Bachar el Hassad to offer an Issue to the people flying Idlib.